Dangerous paedo who moved to Fife is caught in police ‘sting’ 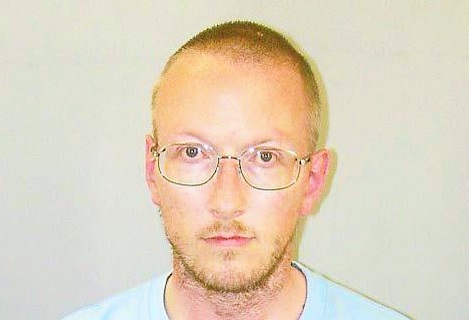 A notorious Irish paedophile who moved to Fife has been jailed for 19 months after being snared in an on-line police ‘sting’ operation.

Anthony Luckwill, from his home in Inverkeithing, thought he was in contact with a 14-year-old schoolboy and asked him to send photos of him in his underwear.

However, the messages were going to a police officer and sicko Luckwill was arrested.

The dangerous predator had been placed on a sexual offences prevention order (SOPO) at Dunfermline Sheriff Court just a month before.

Luckwill, originally from Dublin, has twice fled Ireland for Scotland, initially hoping nobody would find out about his years of preying on youngsters.

Luckwill (46), of the Maltings, Keith Place, Inverkeithing, appeared back in the dock at Dunfermline Sheriff Court.

He admitted that being subject to a sexual offences prevention order, on various occasions between 23rd and 27th September he breached that order by communicating via e-mail with a police officer posing as a 14-year-old boy.

Sheriff Alastair Brown jailed Luckwill for 19 months backdated to 30th September when he was remanded in custody.

Luckwill first moved to Scotland in the summer of 2017 when his parents bought him a house in Inverkeithing.

At the time, he claimed he had been hounded out of Ireland and a property he was living in there had been set on fire.

However, he soon found himself in the Scottish courts system.

He was arrested when he was found to be in possession of a mobile phone and iPod breaching a court order.

That ten-year order was imposed in Wales in 2007 but Luckwill managed to avoid the restrictions while living in Ireland where it did not apply.

He then claimed he thought the SOPO also did not apply in Scotland and was found in possession of banned devices which could be used to access the Internet.

He was jailed for ten months for that breach and was then sent back to Ireland where there was an outstanding warrant for his arrest after he failed to appear for a court hearing.

After serving a jail term in Ireland, he returned to Scotland last year.

He had earlier claimed he would have to sell the Inverkeithing property because of the press coverage he was receiving in Scotland.

In a previous court appearance, he was warned about his conduct in the dock. He was irate about his catalogue of offending in Ireland being highlighted in Scotland and shouted to the press bench, “You’ve caused me no end of bother”.

It was pointed out in court the close proximity of Luckwill’s home to two schools in Inverkeithing.

Luckwill was previously branded “a grave risk to society” by an Irish judge.

In June 2013, he was jailed for four-and-a-half years in Ireland for sexually assaulting two boys who thought were going to TV auditions.

He was also jailed for five months in Guernsey for trying to lure a 14-year-old boy to his hotel room.

Reporters regularly tracked Luckwill, as he roamed across Ireland in a vehicle with dark-tinted windows, to warn the public of his whereabouts.