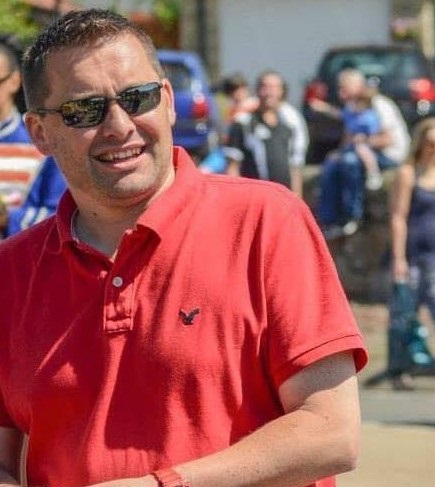 A Fife architect has been jailed for conning a client with a fake building warrant.

Construction consultant Derek McCafferty gave the bogus document to a householder who was having an extension built.

It was only when the work was complete that the distraught home improver discovered he had not been given permission for the project to go ahead.

McCafferty, from Dunfermline, has a previous conviction for duping another customer in the same way in 2015.

A sheriff told McCafferty he was “a thoroughly dishonest man”.

He had been warned in the previous case that he had narrowly avoided a jail term but he was soon back to his old tricks.

McCafferty (47), of Malcolm Street, admitted that on 23rd December 2016 and 7th September 2017 at Cedar Grove, Dunfermline, he uttered as genuine a building warrant and completion certificate for a building extension to a client.

He was hired to do work for a home owner who wanted to extend his house in Dunfermline.

Work was progressing as planned and the home owner asked about the building warrant.

McCafferty supplied one but it turned out to be bogus.

The building standards department was later notified that the extension had been completed and it was only at that stage it emerged there was no building warrant in place.

When checks were carried out on the warrant McCafferty had supplied it was found that the reference number matched with one previously given to him for a property in Newburgh.

When interviewed by police McCafferty initially said it was an “error” but then admitted falsely producing the warrant. Asked why, he replied, “No idea”.

He added he felt he had become friends with the home owner and that he “didn’t want to let him down.”

The depute said the home owner estimated it had cost him £4500 to put matters right with the planning authorities.

Sheriff James MacDonald commented that McCafferty “was quite fortunate there was no order made for demolition.”

Defence solicitor Russel McPhate said his client is a qualified architect but does not belong to any professional body.

He said the McCafferty had a gambling addiction at the time of the offence, “his life was a mess” and his marriage broke down.

The solicitor went on, “He didn’t know the work had started. When the complainer contacted him about a building warrant he panicked. He thought, ‘This must be my fault because my work’s in a mess’.

“He falsified the documents. He was extremely stupid but he made no profit from it.”

However, Sheriff MacDonald said he believed that if the deception had not been uncovered then McCafferty would have sent a bill for his services.

Sheriff MacDonald told McCafferty “On any view, what can be said is that you are a thoroughly dishonest man.”

He added, “This was a significant breach of trust as a professional person.

“No doubt there will be civil proceedings brought. The public are entitled to expect better of professionals.

“One case of dishonesty is bad enough. Two within five years is really quite disgraceful.”

He said McCafferty had even been “less than honest” with the social worker who wrote the court report. He jailed him for six months.

In 2015, McCafferty was given a community payback order with the maximum amount of unpaid work, 300 hours.

The home owner in that case paid him £1162 and was told that planning permission had been granted but again McCafferty had handed over fake documentation.

The woman first became aware of problems when neighbours wanted to know why they had not been told any building was planned through the normal procedures.

The neighbours also pointed out there was no application for the work on the Fife Council planning website.

When the client checked the reference number given to her by McCafferty on the council website she discovered it related to another property.

McCafferty later said to police, “Is it to do with that lassie at Gowkhall? I’m in the process of paying her back.”