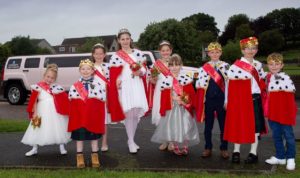 Organisers of Dalgety Bay and Hillend Gala have hailed the event as a huge success.

After a wet start, the weather improved throughout the afternoon as up to 4,000 people turned out for the pirate and princess themed gala.

With everything happening from visits from a giant parrot, horses, tug of war, dance demonstrations and live wood carvings and spectacular displays from The Spartans, there was something for everyone to enjoy. 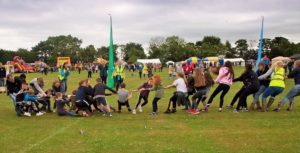 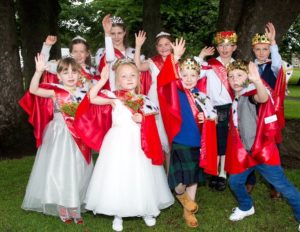 Leading the groups on the parade were the Methil Pipe Band and were followed by more than 15 local groups including scouting and girl guiding groups, local dance groups, football teams, local play groups and schools and a ‘Supporters of the Gala’ section.

Kirsty Whitfield, co-chair of Dalgety Bay and Hillend Gala committee said, “It’s been really rewarding
and heart-warming to see the response we have had from the local community.

“From decorating their shop windows, sponsoring and advertising in the programme and to all the entertainment put on by schools and local groups, we have been delighted by the response. 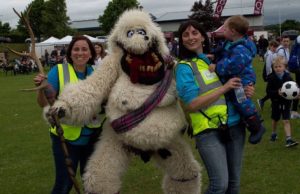 “We are a brand new committee so this year has been a steep learning curve but we just want to say thanks to all the volunteers on the day and to local businesses and the community for supporting the Gala. If we can bring the community together and celebrate Dalgety Bay and Hillend, then we feel we have done our job.”

William McAllister of Muir Group, said, “We are proud to sponsor the 2017 Dalgety Bay and Hillend Gala. It’s important to us to work with the local community and this has been a great opportunity to support an annual event which is all about bringing the community together.”