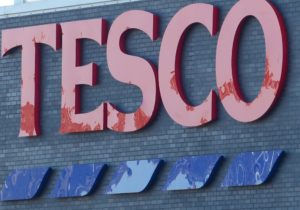 A Fife man has been put on the sex offenders register after secretly filming young girls at a Tesco supermarket over a period of more than a year.

Ross (46), formerly of Aberdour and now living in Tayport, appeared in the dock at Dunfermline Sheriff Court.

The sick perv admitted that on various occasions between 19th May 2017 and 4th July 2018 at Tesco, Calais Farm Road, Duloch, Dunfermline, he used his mobile phone to video record females and female children, focussing on their lower bodies without their knowledge or consent and committed a breach of the peace.

He also admitted that between 10th April and 1st August 2018 at his home in Aberdour he downloaded indecent images of children.

There were other family members there when the raid took place and Ross told officers, “I’ll save you a lot of time. It’s me you’re looking for.”

Also found were videos which had been secretly filmed of girls and women in Tesco.

“These focussed on their bottoms and legs and were taken without their knowledge,” added the depute.

Defence solicitor Peter Robertson said, “There is no explanation to put forward at this time.”

Sheriff Charles MacNair called for reports and put Ross on the sex offenders register. He will return to court for sentencing on 18th September.