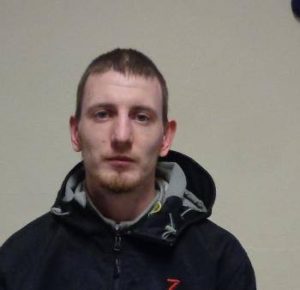 A vile sex offender has been jailed for four years for the attempted rape of a woman who was walking her dogs in Fife.

The victim was subjected to a “terrifying experience” and her life had been “devastated” by the attack, a court heard.

It was only the reactions of the woman’s dogs that brought the assault to an end. Alexander McIlravie denied the offence, resulting in the woman having to relive the attack in court.

McIlravie (26), from Burntisland, was made the subject of a lifelong restriction order, with four years given as the punishment period.

He was also put on the sex offenders register for an indefinite period.

At Kirkcaldy Sheriff Court, McIlravie was found guilty of assault with intent to rape on 11th November 2015

McIlravie had committed two similar crimes in the past when he was aged 13 and 15.

Judge Lord Uist told McIlravie, “When she was walking along a path there with her two dogs on a lead you ran up to her, jumped on her back and took her to the ground.

“You got on top of her and pinned her face down to the ground using your body weight.

“As a result of the attack your victim was extremely distressed and in a very bedraggled and dishevelled condition, with her hair in a mess and her clothes soaked through and covered in sand and water from the surface of the promenade.

“This was a terrifying experience for her and it has had a devastating effect upon her daily life.

“I am in no doubt that, had it not been for the action of your victim’s dogs, you would have proceeded to rape her.”

He went on, “There is overwhelming evidence that you are a highly dangerous and violent man who presents a grave risk to the safety of the public.”

Detective  Inspector Paul Dick, of Police Scotland, said,”I would like to pay tribute to the victim in this case who has been courageous not only during the harrowing incident but throughout the last two years and was unfortunately required to give evidence in court.

“I would also like to thank the other witnesses who assisted us in this inquiry and also the detectives and other police officers for their hard work and dedication during this investigation.”