Serial troll back behind bars after rape threat 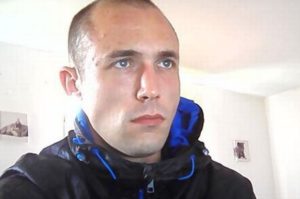 A sick internet troll, previously jailed for claiming he had tortured and killed missing Fife man Allan Bryant, is back behind bars after making rape threats on-line.

His target this time was a woman involved in a group which tries to catch paedophiles who are grooming youngsters on the internet.

Stewart McInroy (26), of Macbeth Road, Dunfermline, was jailed for eight months for this latest offence.

He appeared from custody at Dunfermline Sheriff Court and admitted that on 23rd February, he behaved in a threatening or abusive manner by repeatedly sending messages via Facebook to a woman by making derogatory remarks, uttering threats and uttering threats of sexual violence towards her.

Depute fiscal Dev Kapadia told the court, “The accused started having on-line conversations with this woman. He then threatened her and posted that he would rape her.

“He was previously convicted for trolling the family of a missing Fife man.”

In August 2014, he was jailed for ten months for a campaign of hate targeted at the family of Allan Bryant.

He claimed he had taken the missing hostage and had then “brutally tortured and murdered him.”

Under a false name he posted, “I am the killer of Allan Bryant. When he walked home I stopped my van, grabbed him, holded (sic) him hostage til I found out he was on the new so I brutally tortured him. Tied to a chair, stabbed nails in him, wrapped with 240,000 volt wire and fried that f***** Allah Akbar f*** white people.”

He was given early release and before long he was sending more vile abuse and threats.

In March 2015, McInroy was jailed for a campaign of abuse against his former girlfriend in which he threatened to hurt a child and dog if she did not contact him and then said he would burn her house down.

McInroy controversially appeared in a BBC documentary on trolling, admitting he had been “laughing” as he sent sick messages to the Bryant family.

Filmed next to the Forth Bridge he said, “I just thought I’d try to see what kind of reaction I’d get out of people if I started trolling.

“When I started trolling I just thought I would take it as a joke saying such and such but they took it as a serious matter.

“It was quite enjoyable at the time when I was doing it but after committing it I just felt disgusted.”