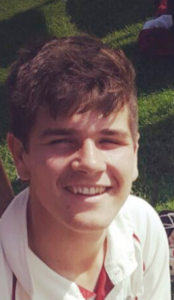 The family of a missing student have been told by police that human remains have been found on a Fife beach.

The remains were found in the water at West Sands in St Andrews at 6.25pm last night.

Duncan Sim (19), a student at St Andrews University, has been missing since 14th March when he was last seen leaving the Madras Rugby Club at about 11.15pm.

Police Scotland have said the remains had not yet been formally identified but they have notified Duncan’s family in his hometown of Duns of the discovery.