Man (58) “extremely shaken” after being attacked and robbed 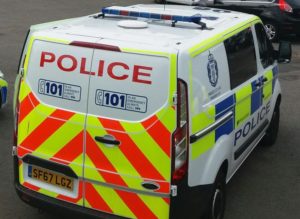 Police are investigating an incident in Kelty where a number of people went into a house in the early hours of this morning and assaulted a 58-year-old man.

The property in North Drum Street was entered at around 12.55am.

The intruders assaulted the man and stole a number of items of property including a mobile phone.

One assailant headed off on foot in the direction of Keltyhill Road. He is described being of stocky build, wearing a grey hooded sweater, pulled up to cover his face.

Detective Sergeant Christopher Dow, from Dunfermline CID, said, “Thankfully the victim was not seriously injured but he is understandably extremely shaken.

“We are keen to trace the suspect as soon as possible and would ask anyone with information that can help with our inquiries to get in touch.

“We believe he would have been in the area of North Drum Street shortly before 1 am and then a short time later in Keltyhill Road.”