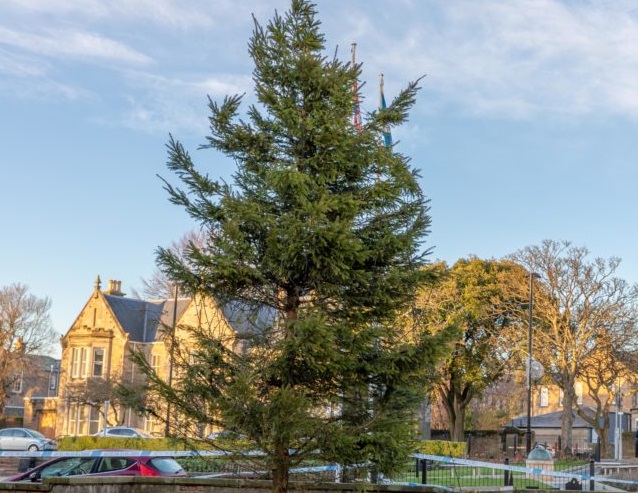 A man has died after falling from a Christmas tree in Kirkcaldy.

The tragedy occurred in the early hours of this morning after the victim had apparently climbed to the top of the tree in the town centre.

People leaving Kitty’s nightclub found the man lying injured next to the tree outside the town house. He was taken to hospital but died later.

A Police Scotland spokesman said, “Police in Fife were called to a report of an unresponsive man in the Hunter Street area of Kirkcaldy around 02.55 on Friday 14 December.

“The man was treated at the scene then conveyed to Victoria Hospital in Kirkcaldy by the Scottish Ambulance Service where he later sadly passed away.

“The death is being treated as non-suspicious and enquiries are ongoing to establish the full circumstances. A report will be sent to the procurator fiscal”.