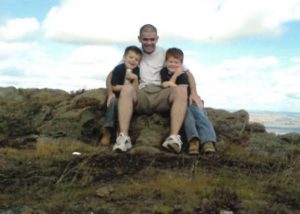 A 54-year-old man has been causing death by dangerous driving following a fatal collision in Kirkcaldy.

Gary Christie (pictured above), from Cupar, was cycling on Carberry Road when he was struck by a Vauxhall Corsa on 1st November.

His family issued a statement saying, “Gary was a loving and devoted father to his two sons, Lewis and Ryan. He always put others first and will be sadly missed by all who knew him. The family would like to thank staff at the Victoria Hospital, Kirkcaldy and the Western General, Edinburgh.”

The 54-year-old man is expected to appear at Dunfermline Sheriff Court on 13th April.