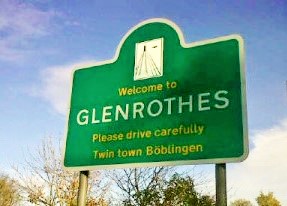 A 78-year-old pensioner suffered multiple injuries including a broken hip when she was brutally assaulted by a drunk Glenrothes woman.

The OAP was giving Shirley Coulter a lift in her car in Glenrothes and was viciously punched in the face as she drove.

The sickening attack continued when the pensioner stopped her car. She was punched by 41-year-old Coulter, knocked to ground and then her head was kicked “like a football”.

The jury was shown photographs taken after the attack of the woman’s swollen, bruise-covered face.

The OAP said she thought her body would be found lying in the street the next morning.

Bizarrely, Coulter had called the police saying she was being driven in the car against her will by a drunk woman.

The victim, Janice Nolan, was found lying in the street in agony and covered in blood. As a result of the drink-driving complaint the police repeatedly tried to take a breath sample from the badly injured woman.

The horrific incident began when Ms Nolan, after a night at the bingo, went to visit a friend, 62-year-old Kathleen Shevlin at her home.

When she was there, Coulter started banging on the door, forced her way into the house and started making accusations against Ms Shevlin, who did not know her.

It turned out that Coulter was the daughter of a former friend of Ms Shevlin and was accusing her of stealing rings.

Coulter then remained in the house for more than two hours, drinking and then she attacked Ms Shevlin, punching her in the face.

After a three-day jury trial at Dunfermline Sheriff Court, Coulter, of Barrie Path, Glenrothes, was found guilty of the four charges she faced.

On 1st August last year at an address in Napier Road, Glenrothes, she entered uninvited, shouted, swore and made offensive remarks to Kathleen Shevlin.

At Scott Road, Glenrothes, she stole an electronic cigarette.

Ms Nolan told the court that when she left her friend’s home, Coulter had gone in front of her and got in her car.

Asked if she had asked Coulter to leave, the witness said, “I wouldn’t dare. She was confrontational and aggressive. I was being polite about it and trying to keep on her good side.”

Further along the road at her home, Coulter would not leave the car saying she was “going for a f****** drink”.

Ms Nolan drove on but did not know the area. Coulter asked to smoke the woman’s e-cigarette and when she asked for it back it triggered a violent reaction.

“I was driving along and the next thing her fist went right in my face. She burst my nose, broke my glasses, there was blood everywhere.

“I didn’t know where I was but kept driving. She then phoned the police saying she was being driven along Scott Road at 80mph by a drunk woman.

“I stopped the car, opened the passenger door and said, ‘You, out!’ trying to be assertive.

“She grabbed my car keys and said ‘You’re not f****** driving anywhere’. I tried to grab them back and she hit me.

Ms Nolan was knocked to the ground and the attack continued. “She was using my head like a football. She walked away and was thinking, ‘I’m still living’. Then she came back and started kicking me on the head again.”

Becoming upset, the frail pensioner said, “I had visions of somebody going to work in the morning and finding my body on the pavement.”

Sheriff Charles MacNair called for reports and Coulter will return to court for sentencing on 11th September.