Man attacked and robbed in street by thugs after night out 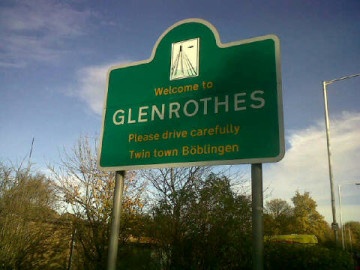 A man walking home in Glenrothes after a night out was brutally attacked and robbed.

David Purves and another unidentified thug preyed on the victim who sat down on a pavement after feeling ill on the way to his house in the early hours of the morning.

The man was knocked to the ground, punched and kicked then had his possessions stolen, leaving him cut and bruised.

Purves (36), currently a prisoner at Perth, appeared in the dock at Dunfermline Sheriff Court.

He admitted that on 14th April, at South Parks Road, Glenrothes, whilst acting with another, he assaulted a man by knocking him to the ground, punching and kicking him on the head, searched through his pockets, ripping them, struggled with him, all to his injury and robbed him of a mobile phone, wallet and its contents.

Depute fiscal Azrah Yousaf said the victim had gone for a night out at a friend’s house and had been drinking alcohol.

At around 2am he started to feel unwell and decided to go home. On his way there, he felt sick and sat down on a pavement.

He was approached by Purves and another male. Purves asked how he was and offered to walk him home.

The victim and then attacked by Purves who knocked him on his back then punched and kicked him on the face as he lay on the ground.

“He then felt his jeans pockets being pulled out causing them to be ripped. His wallet including his bank card and his phone were stolen,” said the depute.

“He was bleeding from his face, had grazed legs and had also lost his house keys. This meant he couldn’t get into his home and so went to his mother’s. She found him at the door bleeding with his jeans ripped.”

Purves’s DNA was later found on the pocket of the victim’s jeans.

A short time after the attack the victim’s phone was used to take photographs by Purves.

Defence solicitor Alexander Flett said, “He accepts the offence is an unpleasant one. It was opportunistic.”

The court heard that Purves was jailed for five months in June for a previous offence of theft.

Sheriff Charles MacNair told Purves, “The complainer was walking home and because of his alcohol consumption he was vulnerable. You took advantage of that. You assaulted him including kicks to the head.”

He jailed Purves for a total of two years and 265 days, which will start after the end of his current prison term.