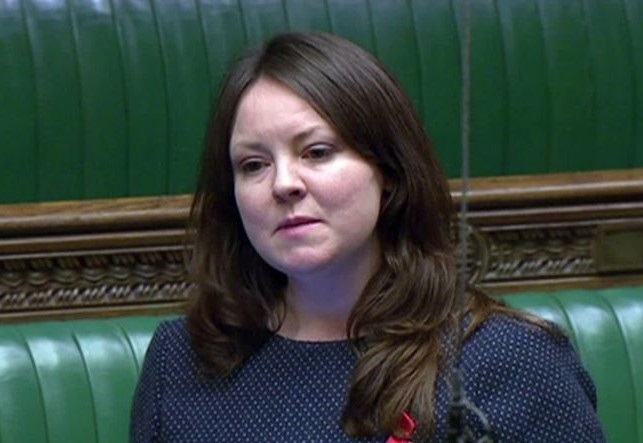 Former SNP MP Natalie McGarry has admitted embezzling more than £25,600 from pro-independence organisations, including money intended for a food bank.

The 37-year-old, originally from Inverkeithing and educated in Dunfermline, admitted charges of embezzlement when she appeared at Glasgow Sheriff Court today.

She embezzled the largest amount from the Women for Independence group in her role as treasurer of the organisation, appropriating £21,000 for her own use.

McGarry transferred money raised through fundraising events into her personal bank accounts and failed to transfer charitable donations to Perth and Kinross food bank and to Positive Prison, Positive Future between 26 April 2013 and 30 November 2015.

She also used cheques drawn on the Women for Independence bank account to deposit money into her own account.

McGarry also pled guilty to embezzling £4,661.02 in the course of her role as treasurer, secretary and convener of the Glasgow Regional Association of the SNP between 9 April 2014 and 10 August 2015.

The case against McGarry, whose mum Alice is a long-standing SNP councillor for the Inverkeithing area, has been adjourned until 1st May.

The Crown has indicated it will attempt to recover the embezzled money through the Proceeds of Crime Act.

McGarry, was one of 56 SNP MPs elected to the Commons in the 2015 general election, representing Glasgow East.

She continued as an independent MP after the fraud allegations emerged but did not stand in the general election in 2017.

She was charged by police in 2017 over alleged fraud relating to potential missing funds from Women for Independence, which was set up in the run-up to the 2014 Scottish referendum, and Glasgow Regional Association.