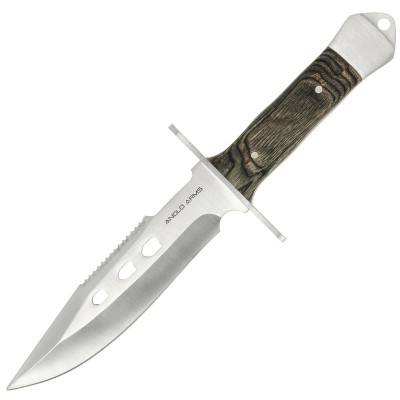 A violent thug, already serving a 12-year sentence for attempted murder, has been given more jail time for the vicious stabbing of a woman with a hunting knife.

Mark Wilson attacked the female after a dispute over missing drugs.

He admitted that on 14th March last year at Dunearn Drive, Kirkcaldy, he assaulted Jennifer Cowan by repeatedly punching her on the head and body, struck her on the leg with a knife, seized her by the body and dragged her, all to her severe injury.

Depute fiscal Alex Kirk said Wilson and Ms Cowan had been staying at the home of a woman between 12th and 14th March in a spare room.

The court heard Wilson had been taking crack cocaine and at about 4am an argument broke out over drugs going missing.

This resulted in Wilson attack the victim by kicking and punching her then dragging her from the living room into the spare room.

At around 4.30am neighbours heard a dog barking from the property and also loud shouting between a male and female.

The depute went on, “A short time later Cowan returned to the living room followed by the accused and she was hysterically screaming that she had been stabbed.”

The person they were living with saw blood coming from the top of the victim’s right thigh.

She attempted to intervene between the pair and was pushed away by Wilson.

“The argument continued until the security door buzzer was activated causing the accused to drag Ms Cowan from the living room out on to the veranda. Wilson then took the victim’s mobile phone and left the property,” added the depute.

Police and ambulance attended and found Ms Cowan sitting on the floor in the living room with a stab wound to her upper right thigh.

Pools of blood were also seen in the bedroom, living room and veranda areas. On the veranda under a seat was a knife with a serrated edge and approximately 10 inches in length.

At around 4pm at the Victoria Hospital police officers went to speak to the victim.

“At this time, she barely engaged with officers stating she was too scared and would only say a male was responsible,” said Mrs Kirk.

The victim sustained a one-inch wound which required stitching and also had an egg-sized bump on her head.

Sheriff Charles MacNair jailed Wilson for 32 months to be served consecutively to his current sentence.

In December, Wilson was jailed for 12 years for the attempted murder of man in a dagger and sword attack Kirkcaldy.

Wilson and accomplice Leeanne Napier attacked Scott Watson after bursting into his flat in Kirkcaldy on 21st April last year.

Wilson was jailed for 12 years and Napier for 10 years at the High Court in Glasgow.