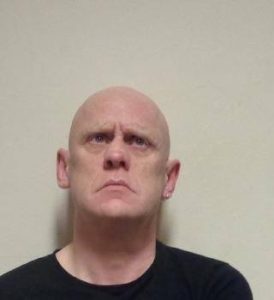 A Fife man, who carried out a catalogue of brutal violence and sexual assault on women over a period of more than 25 years, has been jailed.

Vicious control freak Graham Young punched one woman in the stomach when she was pregnant.

He did the same to another woman he believed to be pregnant and another victim had a knife held to her neck during another vicious attack.

Young (50), of Church Street, Kirkcaldy, was found guilty of seven charges after a trial lasting eight days at the High Court in Dunfermline.

Today at the High Court in Edinburgh Young was jailed for seven years.

The offences against six women took place at various addresses in Dunfermline, East Wemyss, Kelty and other locations in Fife between 1991 and earlier this year.

On various occasions between 1st October 1991 and 31st July 2002, in Dunfermline, Halbeath and East Wemyss, he assaulted a woman by punching and striking her on the head and body, seizing her by the hair, seizing her by the neck and compressing it, restricting her breathing and on occasions causing her to lose consciousness.

He cut her hair, struck her with a bicycle, threw a bottle at her, threatened her with violence, held a knife against her face and body, cut the clothing she was wearing with a knife, pinned her down, kicked her on the head and body, demanded money from her, seized money from her and on one occasion when she was pregnant, he punched her on the stomach and smashed her mobile phone to prevent her seeking medical attention, all to her injury and to the danger of her life.

On an occasion between 1st July 2002 and 31st December 2003, in Dunfermline, he shouted, swore, made threats to a woman, placing her and another woman in a state of fear and alarm.

On an occasion between 2nd February and 31st December 2004, at Skye Road, Dunfermline, he assaulted a woman by shouting, swearing and attempting to punch her.

On various occasions between 1st January and 3rd September 2008, at a location near to Dunfermline bus station, The Commercial Inn, Douglas Street, and elsewhere, he assaulted another woman by throwing a drink over her, he seized her by the hair, caused her to strike her head and face on the floor, smashed her mobile phone and held a knife against her neck, all to her injury.

On various occasions between 1st June and 31st July 2015 at Broomhead Drive and Foundry Street, he assaulted another woman, seized her by the wrists, pulled her, shouted at her, pushed her against a wall and, whilst he believed her to be pregnant, pushed her into a radiator causing her to strike her head and body, pinned her down, pushed his knee into her stomach and punched her stomach.

On various occasions between 8th June 2016 and 25th January at an address in Dunfermline he made indecent remarks to another woman and on one occasion sexually assaulted her by handling her breasts over her clothing.

On 25th January in Dunfermline, he sexually assaulted the same woman, lay on top of her, seized hold of her wrists, pinned her down, attempted to touch her private parts and tried to compel her to touch his penis.

After the jury delivered the verdict, the court was told that Young had served previous jail terms for domestic assaults.