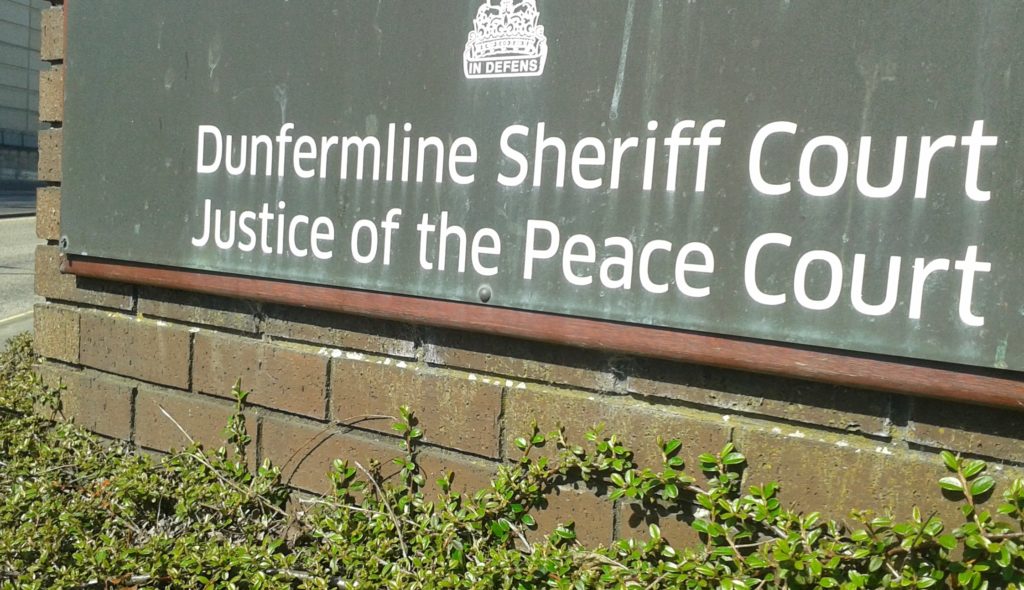 A 50-year-old Fife man has been jailed for a year for sending sex messages to someone he thought was a 12-year-old girl.

Andrew Robertson, previously convicted for possessing indecent images of children, sent photos of his penis to schoolgirl ‘Holly’, who was in fact a fake online profile set up in a police sting.

The sick paedo claimed he was 22 and told the ‘girl’ they could get married when she was 16.

Robertson, from Buckhaven and currently a prisoner in Perth, appeared for sentencing at Dunfermline Sheriff Court.

He admitted that on various occasions between 5th August and 9th September at his home in Eagle Road, he repeatedly sent sexual messages to ‘Holly’, someone he believed to be a girl under the age of 13, sent her sexually explicit photographs and attempted to cause a child to look at a sexual image.

Sheriff Alastair Brown jailed Robertson for 12 months and put him the sex offenders register for 10 years.

Depute fiscal Claire Bremner told the court that on 5th August police officers set up a fake profile on a mobile messaging application, which was apparently for a 12-year-old girl ‘Holly’.

At 3pm that day ‘Holly’ received a first message from Robertson who asked about what she did.

‘Holly’ said she was 12 and still at school with Robertson then claiming he was 22. He told her, “Be careful people don’t ask for naughty stuff”.

Robertson later said he wanted to go for a drive with the girl and said she could touch him.

The next day he was back in touch with ‘Holly’ and was telling her about learning to kiss.

He also said she had “a cute little bum in her leggings” before giving her a description of oral sex.

He acknowledged she had only just turned 12 but said they could be married when she was 16.

On 21st August Robertson asked if she wanted to see his penis. When ‘Holly’ said she had never seen one, Robertson sent a photo of his.

On 9th September, he again sent a photo of his penis.

Robertson was arrested after a police raid on his home. Underwear was found matching what he was wearing in the photos.