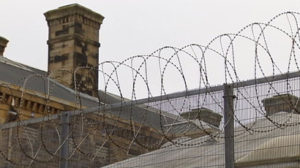 A prisoner from Dunfermline has been jailed for another eight months after throwing boiling water from a kettle over a fellow inmate at Barlinnie.

Jamie Muir (25) attacked James Evans at the door of his cell in Barlinnie prison in July last year.

Glasgow Sheriff Court heard Muir feared he would be attacked simply because he was a Fifer in a Glasgow prison.

After throwing the boiling water over the other inmate he repeatedly punched him before prison officers intervened and the victim was taken to hospital with burns on his right arm and stomach.

Muir admitted assaulting Evans at the prison to his injury.

Just two weeks ago, Muir was sentenced at Dunfermline Sheriff Court to four months in prison.

Previously Sheriff Derek Reekie had, despite admitting he was “concerned about the risks to the public”,  granted Muir bail after he stole a phone from a woman at Comely Park.

Just days later, he was caught shoplifting from McColls in Allan Crescent and had also breached a court ordered curfew.