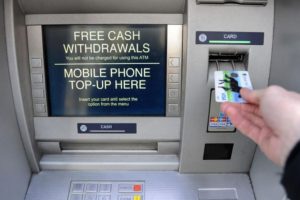 A Fife man stole his grandmother’s bank card and used it to withdraw over £7000.

Stephen Scott repeatedly used the card over a period of four months.

He previously admitted that between 6th and 17th May last year at an address in Cardenden, he stole a bank card.

He also admitted that between 17th May and 19th September last year, at an ATM at the TSB, Templehall, Kirkcaldy and elsewhere, he stole £7010 in cash.

Depute fiscal Alistair McDermid told the court that the card was used on 67 separate occasions.