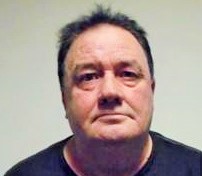 A Fife child rapist, who sexually assaulted two young girls over several years, has been jailed.

Alan Roy (62), of Burntisland, raped a girl from the age of 13 on various occasions at addresses in Kirkcaldy and at a Fife caravan park between 1996 and 2000.

The paedo also carried out two rape attempts on a second victim in Dysart, when she was aged between 11 and 13.

One of the girls was so traumatised that she felt that she wanted to wash herself in bleach.

Roy, of Dick Crescent, had denied committing the offences during a trial at the High Court in Edinburgh but was found guilty of rape and attempted rape.

Judge Lord Tyre, jailing Roy for eight years, told him, “I am concerned that you continue to deny that any of the events described by the witnesses occurred.”

Roy will remain on the sex offenders’ register indefinitely.