Man (68) in court charged with serious assault at golf club 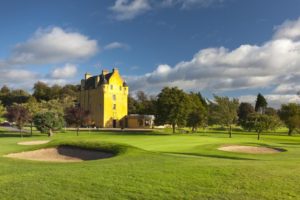 A 68-year-old man has appeared in court charged with assault to severe injury following an incident at Dunfermline Golf Club.

Lawrence Ogilvie, from Dunfermline, appeared on petition at the town’s sheriff court. He made no plea, was committed for further examination and granted bail.

The alleged assault took place at the golf club in Crossford on the morning of Sunday 13th August. A member of the staff, understood to be the club pro, was taken to hospital with a serious arm injury.