Drink-driver who headed up M90 the wrong way avoids jail 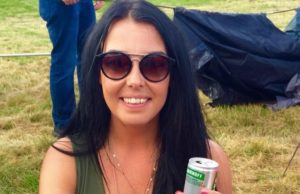 A drunk woman was almost four times over the limit when she drove in the wrong direction on the M90 in Fife.

Mum-of-three Claire Coull weaved from lane to lane in the wrong carriageway as she headed towards oncoming vehicles in the early hours of Hogmanay.

She had been at a Paolo Nutini concert in Edinburgh and started driving towards her home in Inverness after rowing with a friend at the hotel they were staying in.

She crossed into Fife and ended up driving up the M90 motorway and the A92 dual carriageway in the wrong direction.

Officers in a police patrol car saw Coull’s car heading towards them on the wrong carriageway.

Another driver was so shocked when she passed him that he had pull over to the side of the road to recover.

Coull (32), of Aird Avenue, Inverness, appeared in the dock at Dunfermline Sheriff Court for sentencing.

Coull previously admitted that on 31st December on the M90 she drove dangerously, drove on to the motorway on the wrong carriageway, drove towards oncoming vehicles, weaved between lanes and exited via a slip road without slowing or checking for oncoming vehicles.

She also admitted that she was drink-driving on the M90 and A92. Her reading was 83 microgrammes in 100 millilitres of breath, the limit being 22 microgrammes.

Depute fiscal Azrah Yousaf said that at 2.20am a police patrol was on the A92 when they saw a set of headlights coming towards them on the wrong carriageway.

They activated their blue lights but had to continue to the Cowdenbeath slip road to turn and head after the vehicle.

“She continued driving towards on-coming vehicles and weaved between the vehicles,” added the depute.

Defence solicitor Richard Freeman said his client was a first offender and had “never been in trouble before in her life”.

He said his client had been at the concert and afterwards an argument had broken out with her friend at a pub and this continued at their hotel.

The dispute escalated and she went to sit in her car to try to defuse the situation but her friend followed and the row continued.

“At that point things went horribly wrong when she drove off. She didn’t have any idea where she was,” said Mr Freeman.

“She was confused and there was a lack of familiarity of the area. It was apparent to her that she was on the wrong side of the road.”

He added, “Very fortuitously no harm came to anyone but she realises the potential of great harm being caused here.”

Sheriff Craig McSherry told Coull that if her conduct had resulted in any accident occurring he would have jailed her for at least eight months.

However, in the circumstances he imposed a community payback order with 300 hours of unpaid work and disqualified her from driving for two years.