Nurse Pauline Cafferkey, who twice beat the deadly Ebola virus, has given birth to twin sons.

In a statement she said she was overjoyed to welcome her sons into the world, saying there is “a future for those who have encountered the disease”.

Pauline went on, “I would like to thank all the wonderful NHS staff who have helped me since I became ill in 2014 right through to having my babies this week. 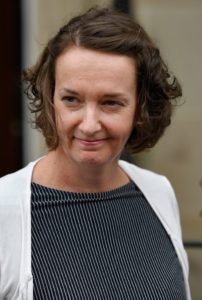 “This shows that there is life after Ebola.”

Pauline contracted Ebola while working for Save the Children, helping victims of the epidemic in Sierra Leone, West Africa.

She spent nearly a month fighting for her life in isolation at the Royal Free in January 2015 before being released, having made a full recovery.

However, she was admitted again that October after being struck down by meningitis triggered by the bug, which has killed 11,300 people.