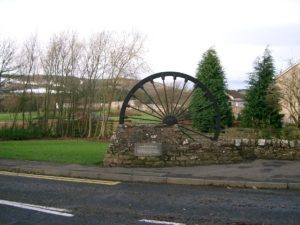 A Fife man who drove his car at a policeman at Lochore Meadows has been jailed for 18 months.

The officer had to jump out of the way to avoid being struck by James Bratchie’s car on Christmas Eve.

Police had been called out by a suspicious passer-by to a car that had been sitting for a long time with its engine running.

Depute fiscal Azrah Yousaf said that at 8am the police received the call and when officers attended they found the accused in the back of the car with another person.

They banged on the window but the accused would not open the door. He then jumped into the driver’s seat as an officer stood in front of the vehicle and drove away.

Bratchie (25), of Mitchell Crescent, Hill of Beath, appeared from custody at Dunfermline Sheriff Court to be sentenced for a series of driving offences.

He admitted that on 9th June on the B981 Cowdenbeath to Crossgates road at Cowdenbeath and elsewhere, he drove when disqualified and drove without insurance.

He also admitted that on 24th December last year at Lochore Meadows Country Park he drove dangerously by accelerating, causing the wheels to spun and then drove off at excessive speed when it was unsafe to do, as a police constable was standing in front of the car and he had to take evasive action to avoid being struck.

Bratchie further admitted that on 4th February last year in Perth Road, Cowdenbeath, he drove a van without due care and attention, failed to stop for police officers when signalled to do so and drove with his headlights off when it was dark.

Defence solicitor Alexander Flett said of the Christmas Eve incident, “He and his partner were in the vehicle and both had been sleeping.

“A passer-by’s attention had been drawn to it. They were taken by surprise by the banging on the window. They both panicked and didn’t know what was taking place. They were startled. There wasn’t any intention to harm the officer.”

However, Sheriff Craig McSherry told Bratchie, “There’s a police officer standing four feet in front of you and you drive at him causing him to have to jump out of the way.”

He jailed Bratchie for 18 months and banned him from driving for 16 months.