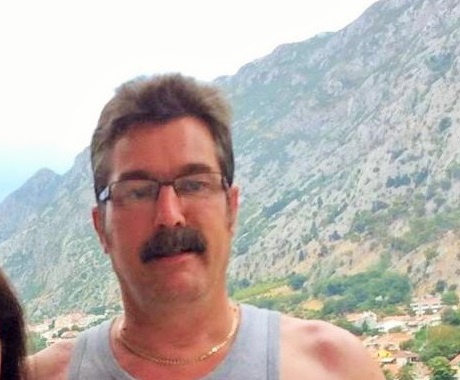 A bus driver, found guilty of running two schoolboys over by dangerous driving, has tried to put the blame on the victims.

John Morrison was not paying attention to the road in front of him in a public car park when he ploughed into kids who were viewing a video on a mobile phone.

He then refused to leave his vehicle and did not phone the emergency services with one of the boys, who was just 13 at the time, trapped under a wheel with horrific injuries.

Even after the verdict, Morrison tried to wriggle out of his guilt.

He changed his story by telling a social worker that the boys had been playing chicken in the car park where the accident happened. 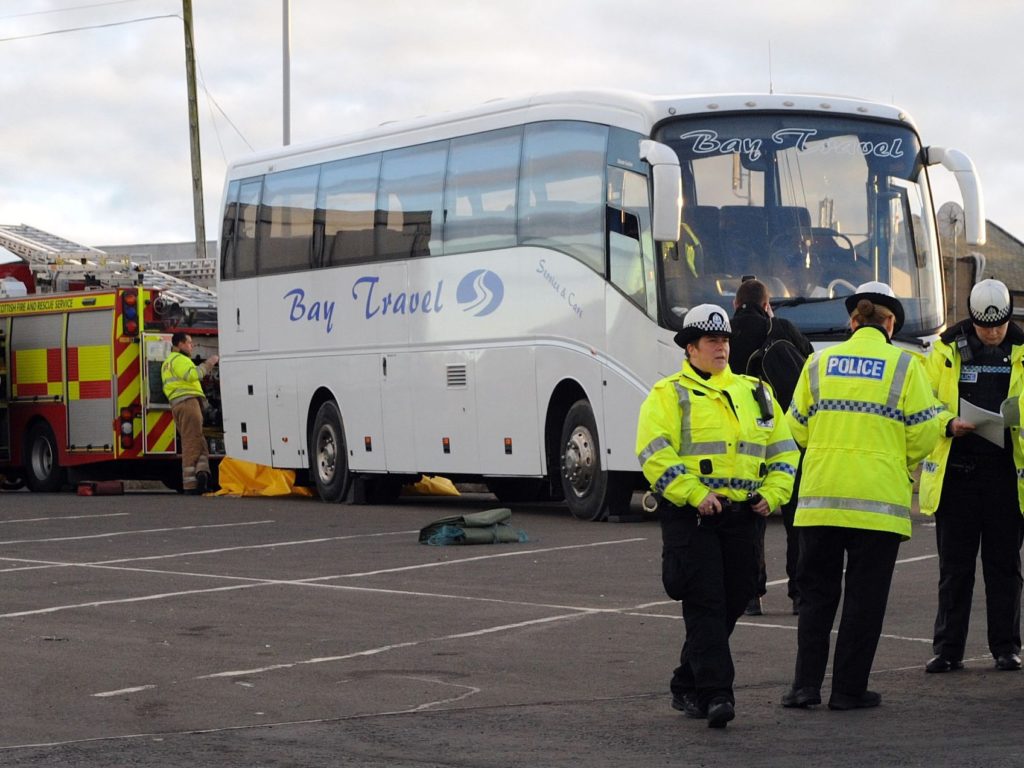 This had not been his position during the trial when he said he had simply not seen the boys.

One of the youngsters miraculously escaped serious injury and crawled from under the coach.

The other boy suffered severe injuries and was trapped under a wheel for a long period as passers-by desperately tried to free him.

During these frantic efforts, Morrison refused to leave his vehicle claiming he was “too scared” to do so.

It was feared in the days after the accident that the child may have to have his leg and arm amputated but both limbs were saved.

The charge was that on 28th February last year in Allan Crescent, Dunfermline, Morrison caused serious injury to a 13-year-old boy by driving a vehicle dangerously, failed to maintain proper observations of the roadway around him and struck both boys, also causing injury to the younger boy.

The incident took place when Morrison, who works for Bay Travel, had dropped off a group in a car park to go to an after-school centre in Abbeyview.

As he began to leave the area, pupils from a local high school were making their way home through the same car park.

Morrison admitted seeing a group of around ten youngsters in the car park in front of his bus.

Despite this he drove towards them and said he “thought they would have the sense to get out of the way.”

He claimed he thought they had all moved but then heard screams and shouts.

Asked why he had not got off the bus to see what had happened, Morrison said, “I was terrified” and claimed that he had been threatened by people who gathered at the scene.

The boy sustained multiple fractures to his right leg and right arm. He had pins inserted in his leg, had three skin grafts and spent time in a wheelchair. He was in hospital for more than a month.

He can now walk and is continuing his recovery but said in court, “I can’t run that well.”

Sheriff Charles MacNair said today he was “concerned” about Morrison’s comments to the social worker compared to his evidence in the trial.

“He didn’t say anything about them playing chicken. He’s blaming the victims in the report,” said the sheriff.

He was also unimpressed that in the report Morrison appeared to be vague about the extent of the boy’s injuries.

The sheriff told Morrison, “You were driving a bus that afternoon and you knew that there were children in the car park.

“After you dropped off your passengers, you drove towards the exit. There were children walking up the road and some of them got out of the way.

“You drove towards the children and two of them didn’t get out of the way. They were there to be seen and you ran them over.

“How that came to happen is really inexplicable. However, when somebody is driving a dangerous machine like a bus they have to keep a proper look-out.

“The injuries you caused were horrific and life-changing. The boy was stoical about his injuries but it was clear from the mother’s evidence that they will have a significant impact on him, physically and psychologically.

“His physical injuries are lifelong injuries.”

The sheriff said he found it “remarkable” that the case was not prosecuted under solemn procedure and instead brought as a summary complaint.

As an alternative to a prison sentence, he imposed a community payback order with 250 hours of unpaid work and a four-month restriction of liberty order. Morrison was also banned from driving for three years.