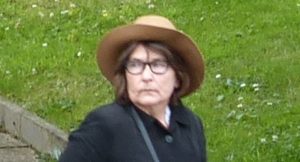 A 61-year-old Fife woman, who caused £2800 damage to a neighbour’s car, has been sentenced.

The Lochgelly home of a cat-killing thug Craig Mills was targeted by Beveridge who spray-painted his windows and walls with graffiti.

Mills was eventually jailed for his offence but Beveridge decided to take matters into her own hands and as a result she too ended up the dock at Dunfermline Sheriff Court.

She daubed ‘Cat Killer’ on the outside of Mills’ home.

She also targeted a car in her street, not connected with Mills. She spray-painted ‘Grass’ on the vehicle causing damage which cost £2800 to repair.

The sentencing had been delayed on numerous occasions since Beveridge admitted the offences last year.

Beveridge, of Union Street, Lochgelly, admitted that on 1st July at Union Street, she wilfully or recklessly destroyed or damaged property belonging to someone else by spray-painting offensive remarks on to walls and windows.

She also admitted that in Union Street on the same day she spray-painted offensive remarks on to a car.

Defence solicitor Sarah Meehan said, “The background here was a neighbourhood dispute. Mrs Beveridge had expressed concern about her neighbours’ treatment of their pet cat. She subsequently heard that the cat had died and she believed they were responsible.”

The solicitor said the £144 cost of repairs to the council house spray-painted by Beveridge had been re-paid.

However, she is not working and not in a position to pay back the cost of damage to the car.

Sheriff Charles MacNair said, “The figure of £2800 is not affordable by you and any order has to be affordable.” Instead he ordered Beveridge to pay £600 compensation.