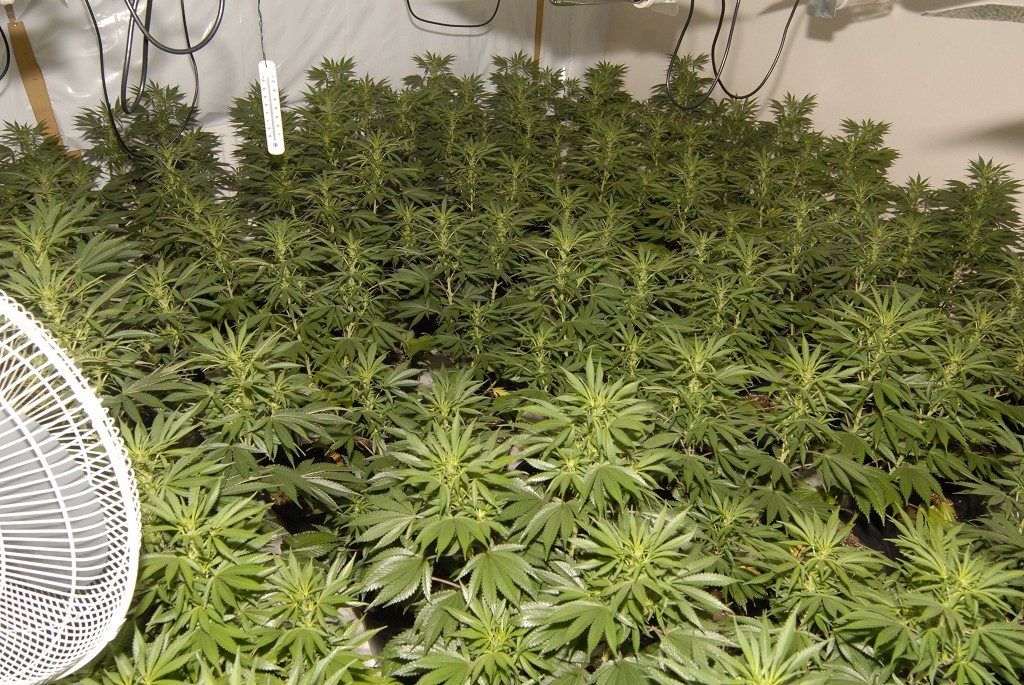 A 22-year-old man as been jailed after a Fife house was turned into a cannabis farm with plants worth over £90,000.

Phuc Duck Ngo, a Vietnamese illegal immigrant, said he had only arrived at the house two days before and was working as a ‘gardener’ for the illicit crop.

The drugs enterprise in Dunfermline was uncovered as a result of investigations into human trafficking by an English police force.

When police went to the house  they found two men who could speak little English. Ngo was upstairs and the other man tried to escape via a window but was caught.

Ngo said he was not the victim of human trafficking but had paid to be brought to UK for a job at a nail bar which never materialised.

Ngo, a prisoner at Perth, previously admitted that between 18th and 20th September at Keir Hardie Terrace, Dunfermline, he produced a class ‘B’ controlled drug, cannabis.

He returned to court for sentencing today accompanied in the dock by an interpreter.

The property, in a residential street, was transformed into a “sophisticated” cultivation with the windows covered up and there were 351 plants at various stages of growth.

A suspect, thought to have been involved human trafficking and slavery, visited an address in Dunfermline.

This resulted in local police officers visiting the property to check on the well-being of those living there.

They found two men in the house, one of whom tried to jump out of the living room window but was apprehended.

The officers then found Ngo upstairs where the entire second floor and loft were filled with a “sophisticated hydroponic system”.

Neither man was able to speak much if any English, the court was told.

There were four envelopes containing a total of £2050 in cash in the house, which was “sparsely furnished” with just a sofa and fold-down bed.

There was also black plastic sheeting over the windows.

The depute said it was accepted Ngo’s role in the operation was a caretaker or ‘gardener’, responsible for watering the plants.

Police later received information from the UK Border Agency that Ngo was in the UK illegally.

Defence solicitor Roshni Joshi said her client had paid money to travel from Vietnam to England and had come to Scotland, initially hoping to find work as a nail technician.

She went on, “He was at pains to point out he made no profit from this. His parents had passed away and money was given to him. He came to the UK looking for better prospects.

“Now, he’s desperate to return to Vietnam. He’s not even sure if his family know where he is.

“This is a case where his vulnerabilities have been preyed upon in typical fashion.”

Sheriff Alastair Brown told Ngo, “Those who are involved in any way in the commercial production of controlled drugs will be dealt with very firmly by the courts.

“You were only involved for two days and you are also a victim to the extent of what you were told about your prospects if you came to the UK. You will no doubt be deported in due course.”

Sheriff Brown jailed Ngo for 16 months backdated to 23rd September when he was remanded in custody.