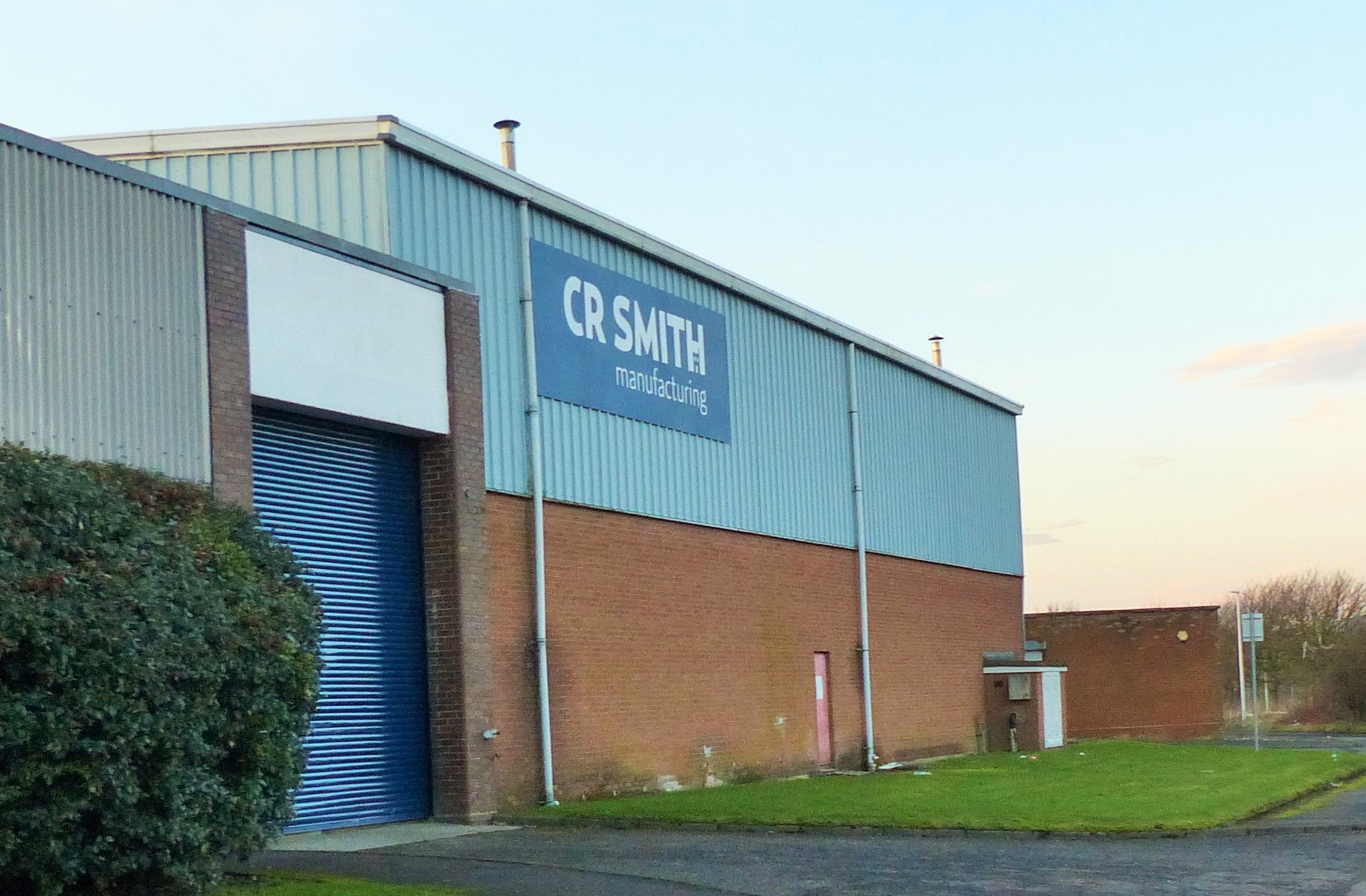 Fife company CR Smith has escaped with a fine of just £12,500 for breaking health and safety law resulting in a worker being crushed in a horrific accident.

A forklift truck operator was run over by his own vehicle, which had a defective accelerator pedal.

The runaway forklift, with its pedal jammed, struck employee Peter McGuire causing severe injuries which kept him off work for 18 months.

The accident occurred at the Cowdenbeath base of CR Smith Manufacturing, the commercial arm of the family-owned glazing and home improvements firm.

The fault, caused by corrosion, had been reported by workers in the weeks leading up to the incident but nothing was done.

The drivers resorted to looping plastic strapping or string around the pedal to pull it back up if it stuck in the down position.

CR Smith Manufacturing general manager Colin Eadie was in the public gallery at Dunfermline Sheriff Court for the hearing.

He heard Sheriff Charles MacNair make clear his displeasure over the time it had taken to bring the matter to court and also the restrictions he faced in imposing the level of fine.

CR Smith Manufacturing, Gardeners Street, Dunfermline, admitted that on 22nd June 2015 at Gateside Industrial Estate, Old Perth Road, Cowdenbeath, it failed to ensure that a forklift truck, used by employees, was maintained and in good repair resulting in corrosion occurring in the shaft of the housing of the accelerator pedal.

This caused it to intermittently remain in a depressed position when released and as a consequence when employee Peter McGuire pressed the pedal into the depressed position, the truck moved forward, failed to stop when he ceased pressing it, causing the forklift truck to travel through a roller shutter door whereby he was crushed, all to his severe injury.

Mr McGuire had been demonstrating to another driver how the pedal was sticking in the down position.

He was outside the forklift, leaned inside to press down the pedal with his hand and the vehicle sprung forward.

He was rushed to hospital where he spent four days in intensive care before moving to the high dependency unit. He was released after more than two weeks in hospital.

He was off work for 18 months and was diagnosed with post traumatic stress disorder. He still suffers with pains to his chest and can no longer play golf, one of his former pastimes.

The court was told Mr McGuire had worked for the company since 1982 and was still employed there.

Police and the Health and Safety Executive were called in after the accident.

An inspection found the forklift truck was “generally not in good condition” and “not safe to use”.

The court was told the faulty pedal had first been reported five weeks before the accident by one of its drivers.

A supervisor carried out a check but could find nothing wrong with it and so nothing further was done.

The defect was also raised by workers two weeks and then two days before the accident.

On the day of the accident, Mr McGuire again found the pedal to be sticking and asked a storeman to report the matter, which was not done.

Mr McGuire then continued to use the vehicle and shortly afterwards he was showing a delivery driver the recurring problem when the incident occurred.

Despite the guilty plea, defence solicitor James Mulgrew repeatedly blamed the worker for the accident.

He said, “But for his actions an incident of this nature would not have taken place” at the start of his submission to court and repeated it at the end.

He also blamed the supervisor who found no fault with the pedal and failed to inform management of the report, saying he exercised “poor judgement”.

Sheriff MacNair was unhappy that it taken so long for the matter to come to court when it was “a very straightforward matter”.

He was also unimpressed by the fact the case was prosecuted under summary procedure, which limited any fine to £20,000.

He commented, “I find it quite remarkable that this is the way the Crown has chosen to proceed given the size of the company.”

The sheriff also had to reduce the fine for the company’s ‘early plea’ even though the offence happened more than four and a half years ago.

The sheriff said, “The driver had a piece of plastic attached to the pedal to pull it up if necessary. Such a system is inherently dangerous and the risk of harm is very significant.”

He added, “As a result of the runaway forklift the complainer was severely injured.”

CR Smith is one of Scotland’s most high-profile companies and was the first sponsor of the Edinburgh trams. It was also formerly the shirt sponsor for both Celtic and Rangers at the same time.

Two months after the accident, in August 2015, CR Smith Manufacturing announced it had invested £3 million in new state-of-the-art machinery at the Cowdenbeath plant.