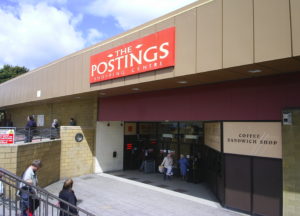 The Postings shopping centre in Kirkcaldy town centre is to be auctioned off with a reserve price of just £1.

The struggling mall, next to the bus station and near the High Street, has 14 of its 21 shops currently vacant and is being sold off next month.

The Postings opened in 1981, having cost £4.25m to build and was initially popular with shoppers, attracting a number of big name retailers.

However, footfall has dwindled in recent years and the closure of Tesco in 2015 was a devastating blow.

The annual upkeep of the site is now thought to be higher than the £152,000 it generates from rent, prompting the decision to sell.