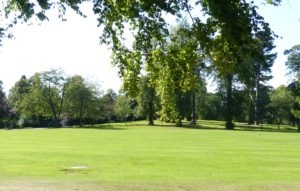 A 24-year-old woman has been attacked in broad daylight in a popular public park.

The indecent assault took place in Pittencrieff Park, Dunfermline, at 1.10pm on Sunday.

The assailant is described as dark-skinned, in his late 20s or early 30s, with dark hair and a black beard. He was wearing a leather jacket, white tee-shirt and red trainers.

It is thought he was with another dark-skinned man who was also in his late 20s or early 30s, of slim build and bald.

The second man was wearing work trousers and a green hooded top.

Police are appealing for witnesses. Detective Inspector Kelly McEwan said, “Thankfully the young woman was not harmed but is understandably upset and distressed by the incident.”