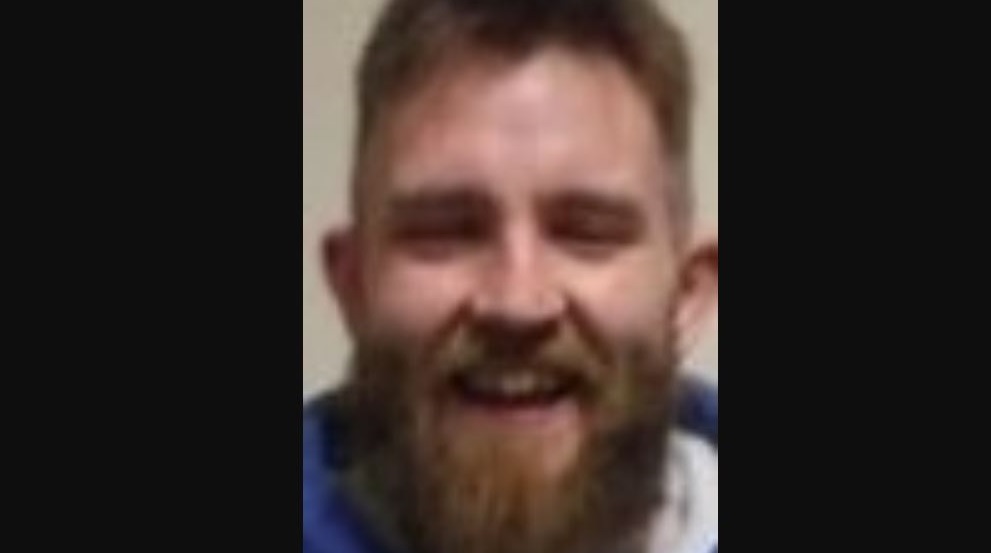 A violent runaway criminal spent years in Ireland evading Scottish justice then escaped from a hospital secure unit by climbing through a window.

Andrew Waddell, from Fife, had been assessed as fit to return to prison but instead clambered through a window and drove off in a car belonging to a member of the hospital staff.

One of his doctors saw 31-year-old Waddell driving out of the hospital and followed him to a local Tesco store where the escaped prisoner parked the car.

When the doctor confronted him, Waddell drove off and ended up back in Ireland. He was arrested as he got off a ferry returning to Scotland.

The public had been warned not to approach Waddell after he absconded from the Orchard Clinic in Edinburgh earlier this year.

Previously, Waddell, 6’2” tall and nicknamed ‘Shrek’ by workmates, had assaulted his partner and injured a police officer who tried to arrest him. 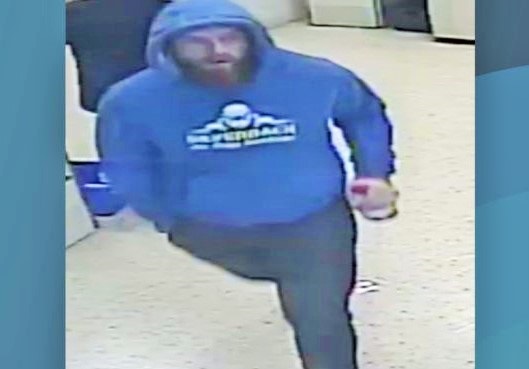 *Waddell caught on CCTV after his escape

Waddell has now finally been sentenced for a string of offences going back almost five years.

Waddell, a prisoner at Edinburgh, appeared in the dock at Dunfermline Sheriff Court having previously admitted the following offences.

On 3rd November 2014 at Blair Avenue, Glenrothes, he assaulted Aileen Beaton, his partner, by struggling with her and seizing her by the hair, causing her to fall to the ground, all to her injury.

On 7th July 2015, he failed to appear at Kirkcaldy Sheriff Court.

On 4th July 2016, at Daubs Farm, Auchtermuchty, he culpably and recklessly drove off in a van whilst struggling with a police officer who was leaning into the vehicle, whereby he was injured.

Between 8th and 15th May this year, having been lawfully remanded to Orchard Clinic, Edinburgh, he absconded from the hospital in an attempt to avoid prosecution and attempted to defeat the ends of justice.

A warrant was granted when Waddell failed to turn up at court in Kirkcaldy for his domestic abuse case in 2015 and police finally tracked him down to a farm where he was working the following year.

He was using a false name but work colleagues pointed officers towards Waddell, known to them by the nickname ‘Shrek’.

A police officer was injured as he unsuccessfully tried to stop Waddell from driving off. He then went to Ireland where he worked for several years before returning to Scotland last year and handed himself in to the police.

His solicitor had concerns over Waddell’s mental health and pressed for him to be assessed which led to him being moved from jail to the Orchard Clinic at the Royal Edinburgh Hospital.

Depute fiscal Alex Kirk told the court that Waddell had been assessed at the clinic and told by a psychiatrist that he was going to be sent back to prison.

“He was visibly angry,” said the depute. Five hours later he escaped out of a window.

“He was seen running across the yard by staff. He then got in a car and drove away,” added Mrs Kirk.

A doctor saw him drive out and followed him to a Tesco store. When the doctor tried to speak to him, Waddell got back in the car and drove off.

The court was told that the domestic assault in 2014 took place in front of a two-year-old child. The victim, Waddell’s then partner, was taken to hospital with a suspected fracture skull but tests showed this was not the case.