Vehicles worth £70k targeted by thieves in Fife 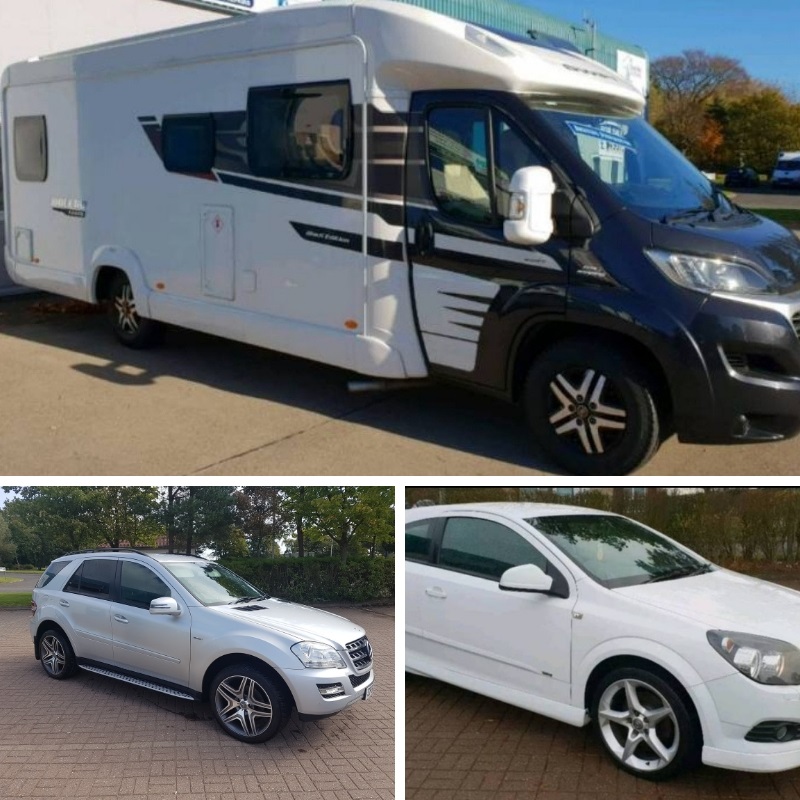 Four vehicles worth over £70,000 have been stolen from a business premises in Glenrothes.

Thieves are believed to have arrived at the premises in a vehicle before forcing entry and stealing keys to four vehicles.

The incident happened between last night and this morning at Touring Caravan Services on Woodgate Way North.

The Santa Fe was recovered a short distance away from the premises.

The value of the stolen vehicles is estimated to be over £70,000.

Detective Sergeant Mark Beveridge, from Glenrothes CID, said, “We believe at least four or possibly five people have been involved in this incident as the vehicles were all driven away from the premises.

“I would appeal to anyone who has seen any of these vehicles in the Fife area since their theft, or has information in their current whereabouts, to get in touch as soon as possible. Please be mindful that the registration numbers could have been changed.”