Two men in court after robbery at Cowdenbeath chemist shop 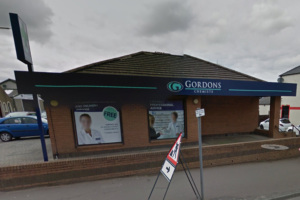 Two men have appeared in court on assault and robbery charges following a raid on a chemist shop in Cowdenbeath on Friday.

Appearing in private at Dunfermline Sheriff Court were Keiran Burns (19), of Cowdenbeath, and Jason McKinlay (27), also of Cowdenbeath.

Both made no plea and the cases were continued for further examination. The two men were remanded in custody.