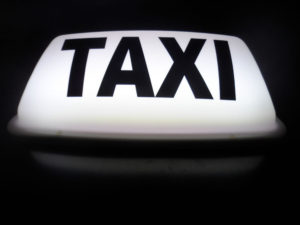 A Fife man has been jailed for a catalogue of violent offences.

Jason MacDonald, from Dunfermline, attacked a taxi driver, broke into a shop and spat on police officers, including one in court.

He punched the cabbie at a Dunfermline rank and was grabbed by members of the public.

On the same day he broke into a shop and stole laptops and tablets, some of which were left lying in the High Street.

MacDonald (31), originally from Belfast but recently living at Broomhead Drive, appeared from custody at Dunfermline Sheriff Court where he admitted a string of offences.

On 30th November at Canmore Tower, Broomhead Drive, he behaved in a threatening or abusive manner by brandishing a screwdriver and making threats of violence.

On 1st December, he broke into shop premises at ‘We Repair For U’, High Street and stole a quantity of mobile phones, tablets and electrical items.

On the same day, at Carnegie Drive, he assaulted William Michie, by seizing him by the throat, pushing him against a car and punching him on the head.

He was unlawfully in possession of a screwdriver on that day.

Then at Dunfermline police station he acted in a racially aggravated manner by making racially offensive remarks.

On 9th February at Debenhams, Kingsgate centre, he was unlawfully in possession of a knuckleduster.

At Dunfermline police station, he assaulted a police sergeant by spitting at her.

On 10th February, at Dunfermline police station he assaulted a police constable by attempting to punch him and spat on him.

He also assaulted a female custody support officer by pushing her and spitting on her.

When he appeared at Dunfermline Sheriff Court on 11th February he assaulted a police officer by spitting on his face.

Sheriff James MacDonald imposed a 17-and-a-half month jail term. He told MacDonald, “You’re not of good character and have a history of violence and disorder.” He described the thug’s behaviour as “appalling” and “disgusting”.