Drink-driving botox nurse who had a skinful avoids jail 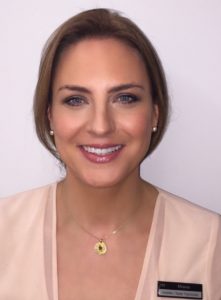 A beauty nurse, who was caught driving at more than SEVEN times over the alcohol limit, has avoided a jail sentence.

Boozed-up Miranda Philip’s car was brought to a halt by another driver who feared she was going to cause a crash on a country road.

She had been veering on to the wrong side of the road at around 3.45 in the afternoon and when police arrived they found she was stinking of booze.

Philip, from Charlestown, previously appeared from custody at Dunfermline Sheriff Court and returned for sentencing having been warned she could be jailed.

She admitted that on 14th May on Limekilns Road, Dunfermline, she drove a car with excess alcohol. Her reading was 155 microgrammes of alcohol in 100 millilitres of breath. The legal limit is 22 microgrammes.

Depute fiscal Katherine Fraser said, “The incident took place at 3.40pm. A witness was driving behind a white Honda Jazz and observed it to be veering over the centre lines of the road.

“He was so concerned that he managed to stop the car by sounding his horn. The Honda pulled over and the man parked in front of it then walked over to speak to the driver, the accused.

“He told her he had contacted the police.

“When officers arrived, she was still in the driver’s seat. She said she was a nervous driver who didn’t like to drive fast.

“The officers noted there was an obvious smell of alcohol from her.”

Defence solicitor Katrina Clark said her client was married with two children and was “extremely ashamed and remorseful” about her actions.

“She qualified as a nurse in 1996 and this incident could have a significant impact on her and her family. She has informed the NMC (nursing and midwifery council) of the offence. She expects a decision in the next six weeks on her ability to continue to practise.

“She realises that this level makes it a very serious matter and could result in a custodial sentence.”

On Philip’s previous appearance Ms Clark said, “She’s a nurse and is very concerned about how this incident will affect her work.”

Sheriff Craig McSherry had responded, “She may have shown concern for the effect on other road users. This is getting towards eight times the limit and I’m considering a custodial sentence.”

At sentencing, Sheriff Charles MacNair was not impressed by Philip’s attitude to the incident as revealed in the social work report.

The sheriff commented, “She denies consuming more than two drinks when it’s obvious she did. She says she didn’t think it would be unsafe to drive. She says doesn’t know why the level was so high and wishes she had asked for a blood test.

“It seems to me she’s remorseful about finding herself where she is and not about what she did.”

Sheriff MacNair imposed a community payback order with 12 months’ supervision, 160 hours of unpaid work and Philip will have to take part in the road traffic group work programme. She was also banned from driving for two years.