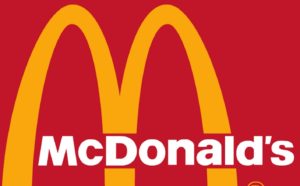 The teenager has been banned from driving after reversing at speed in the car park of McDonald’s drive-through restaurant and colliding with another vehicle.

The impact knocked the other vehicle up on to an embankment but Ross McKay failed to stop. A court heard McKay was confused about what gear he was in before the accident occurred.

McKay, 19, of Binn Farm, Glenfarg, appeared in the dock at Dunfermline Sheriff Court.

He admitted that on 27th June last year at McDonald’s, Fife Leisure Park, he drove without due care and attention, failed to keep a proper look out and reversed at excessive speeds for the road and road conditions.

He also admitted he failed to stop following a collision.

Sheriff Charles MacNair said, “Even if you did think the car was in first gear you must have travelled at high speed to knock a vehicle up on to the embankment.

“You didn’t stop but fortunately your registration number was noted.”

McKay was banned from driving for eight months and fined £900.