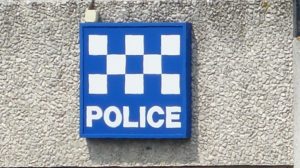 Thieves have targeted gold jewellery in a spate of housebreakings throughout Fife.

Six homes in Kirkcaldy, Dalgety Bay and Dunfermline were broken into between 2nd September and 19th October.

The items taken were described as “bespoke Asian jewellery” and police have warned home owners to take precautions, particularly in the Hollybrae and Rowanbrae areas of Kirkcaldy.

Detective Inspector Paul Dick, of Kirkcaldy CID, said, “We’ve had a number of recent housebreakings during which gold jewellery has been stolen and we believe that these properties have been targeted for this purpose.

“Having your home broken into is a very distressing experience and the residents have unfortunately lost property that has a sentimental value, as well as a monetary value.

“There have been an increased in both uniform and plain clothed patrols in these areas since the break-ins were reported and detectives continue to follow a number of lines of enquiry as part of our efforts to trace those responsible.

“We are asking the public, particularly in the Hollybrae and Rowanbrae areas, to be vigilant – especially as the nights become darker. We are also taking steps to engage with the local community and reassure them that steps are being taken to tackle this issue.”