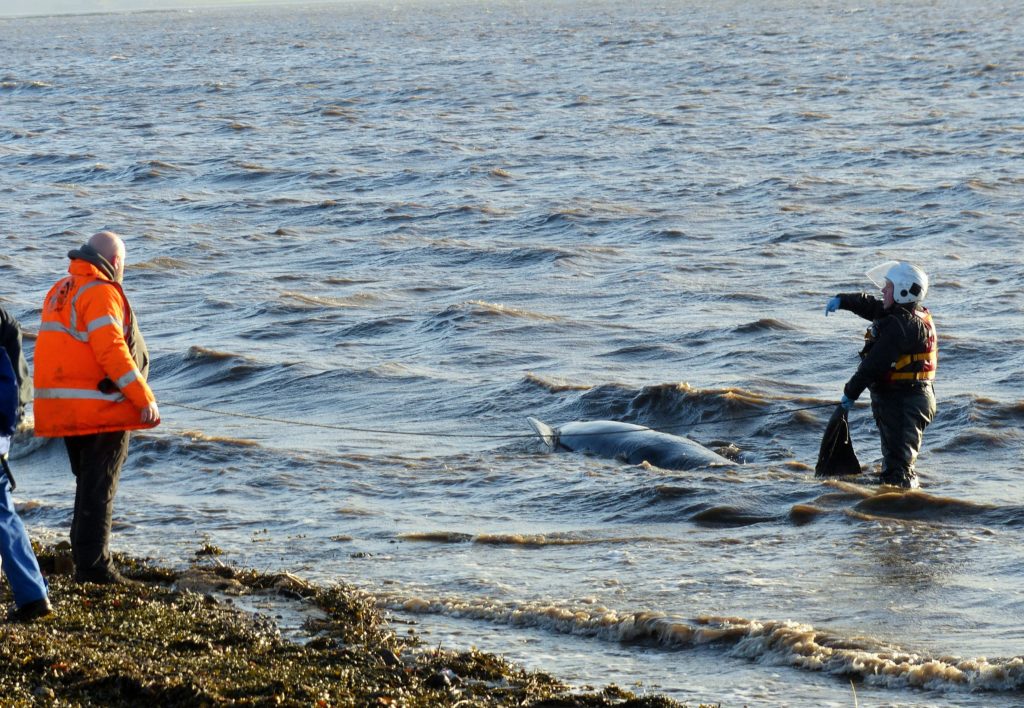 Three of the original five pilot whales stranded in the Forth earlier this week have died after becoming stranded again on the shore.

Volunteers had been in the mud on the shore at Torryburn until midnight last night trying to aid the whales.

A pod of five whales had originally been rescued and re-floated after a mass stranding at Culross on Tuesday. Some had then became stranded at Torryburn.

Today, two of them were confirmed to be dead by medics at Torryburn and North Queensferry.

A third animal was still alive but in very poor condition at Newmills and a decision was made in conjunction with consultant veterinarians to put it to sleep to prevent further suffering. 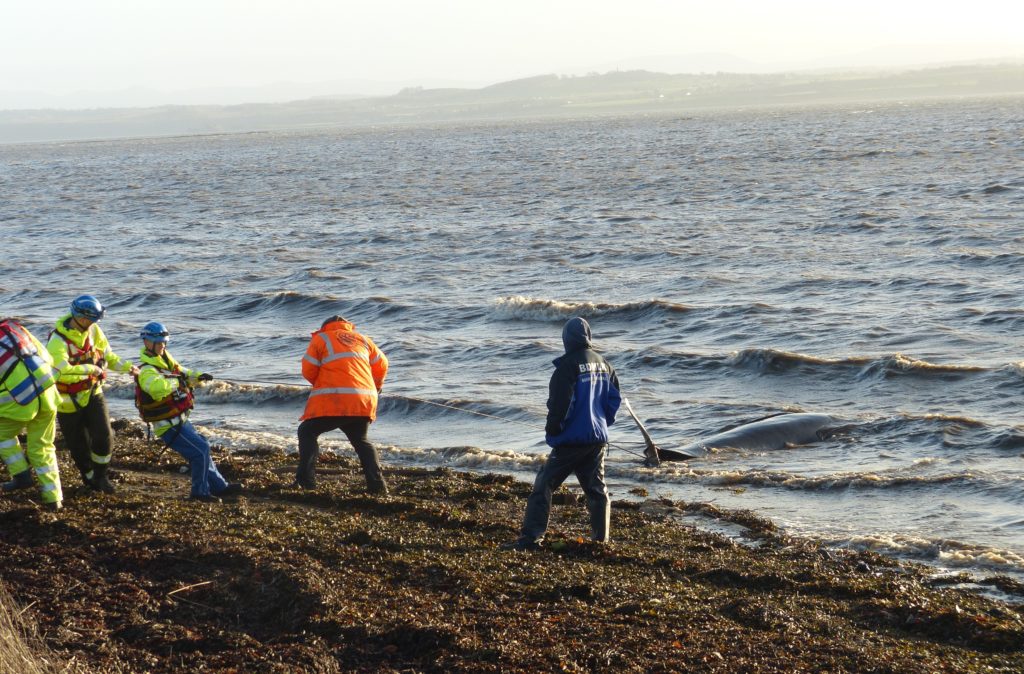 A fourth whale is currently being monitored in the area while the fifth whale from the original group on Tuesday remains missing.

In the meantime, personnel from the Scottish Marine Animal Stranding Scheme are in attendance to try to secure the bodies for post mortem examination.

Over the past team of large team of workers have been trying to save the animals.

Involved in the rescue operation are British Divers Marine Life Rescue medics, along with the Coastguard, Fire and Rescue Service, Special Operations Response Team and Network Rail, who were all instrumental in gaining safe access to the animals to enable first aid and assessment to be carried out.

At Torryburn last night in darkness, the exhausted team were still out there trying their hardest to keep the whales comfortable until the incoming tide made it too dangerous to remain.

At midnight the team had to withdraw for their own safety while the whales, all still alive at the time, refloated again on the high tide.

The BDMLR have thanked their colleagues in the operation for the efforts which were “excellent in spite of the incredibly difficult scenario”. 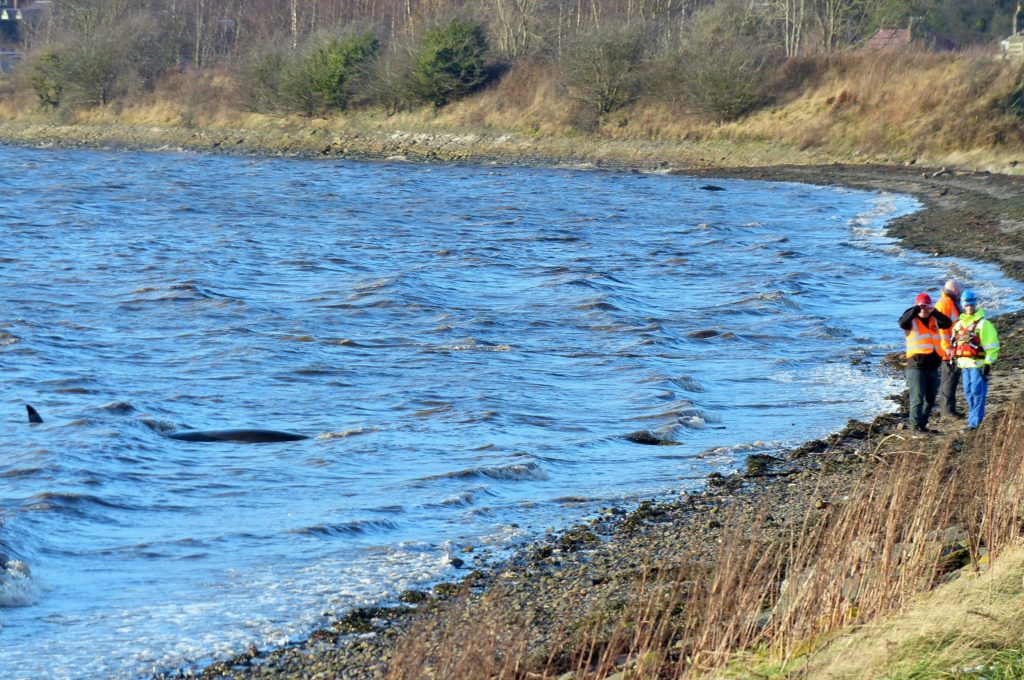