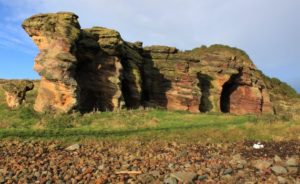 Two women walking on Fife coastal path on Saturday afternoon were targeted by a flasher.

The incident happened around 1.45 p.m. between Crail and Cellardyke, near to Caiplie Caves.

The two women aged 24 and 29 were walking along the path when they saw the pervert exposing himself to them.

They left the area and contacted police who are asking for the public’s help in identifying the offender.

He is described as having a tanned complexion, late thirties to early forties with short dark hair and wearing dark tracksuit bottoms with a stripe down the side and a long-sleeved navy top.

Detective Inspector Kelly McEwan said, “While neither woman was injured during this incident this was an alarming ordeal for them and indecent acts such as this will not be tolerated.”