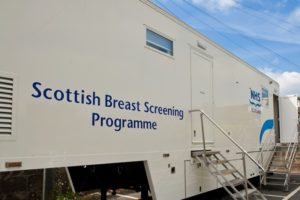 Efforts were made to steal diesel from the mobile unit when it was parked at the Fluthers Car Park, East Bridge, Cupar.

Sergeant Clark Forrest, of Cupar police station, said, “I am particularly disappointed that anyone would consider targeting an NHS Breast Screening Unit.

“Although the suspects have been unsuccessful in their attempt to steal fuel from this mobile unit, the damage caused has meant that the fuel could not be replenished until the lock was repaired.”