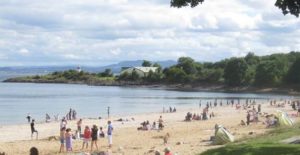 A controversial housing development in Aberdour has been given the go-ahead despite local opposition and being rejected by councillors.

A planning application for 85 homes has been approved at appeal twice being turned down by Fife Council.

In fact, councillors on the local planning committee voted against it unanimously but that decision has now been overturned by a civil servant.

The Scottish Government’s planning and environmental appeals division confirmed a Reporter was minded to grant CALA Homes’ proposal for a field to the east of the village.

The development had initially been recommended for approval, with Fife Council planners arguing it was needed to help meet a shortfall in housing land.

However, councillors unanimously rejected the plans in July last year witnessing traffic congestion experienced on the A921 during a site visit earlier in the day.

The government Reporter’s reasoning included the 55% shortfall in housing land supply across the Dunfermline and West Fife Housing Market Area.

CALA said 21 of the homes will be affordable housing, helping to meet the dire need for affordable homes in the area.

Steven Cooper, planning manager at CALA Homes (East), said: “We are delighted that the Reporter has endorsed the recommendation of the council’s officials who recommended that permission should have been granted in July last year.

“Council officers have consistently supported the principle of development on this site through Local Plan preparation and the planning application process. The Reporter’s balanced consideration of the proposal re-affirms the suitability of the site and the proposal.

“The Reporter recognised the severity of the housing shortfall in Fife, and this outcome is great news for people who wish to live in Aberdour and those who are currently on housing waiting lists in the area. We have already received a number of calls from interested parties who are keen to secure a new home in Aberdour.”