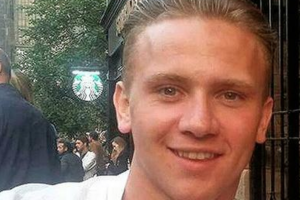 Police investigating the disappearance of missing Dunfermline man Corrie McKeague are to resume the search of a landfill site.

RAF airman Corrie has not been seen since he went on a night out in Bury St Edmunds, Suffolk, in September 2016, when he was 23. CCTV showed him entering a bin loading bay.

Suffolk Police spent 20 weeks trawling through the landfill in Milton, near Cambridge, before calling off the search in July.

The search will restart this week and is expected to take up to another six weeks.

The Suffolk force said it took the decision to restart the search in conjunction with East Midlands Special Operations Unit, which is reviewing its investigation.

Detective Superintendent Katie Elliott, said, “We can’t be 100% certain, and that’s because of the variances there are with what happens to waste, but the information we have gathered has given us the case to go back there.”