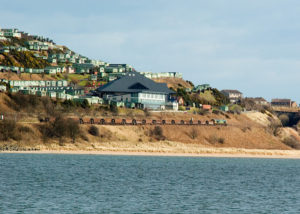 Four masked men have carried out a raid in Fife, stealing a safe and attempting to break into a cash machine.

The incident took place at Pettycur Bay Holiday Park between 2.45am and 3am this morning.

Four men with their faces covered broke into an office and leisure building, stole a safe and attempted to force entry to an ATM within the foyer.

They left the area in a dark-coloured vehicle, possibly a Mazda, bearing the registration SK56 UKX.

The plates were stolen from another car at Auchingane in the Dreghorn area of Edinburgh some time after 4.30pm on Tuesday.

Those involved in the break-in are then believed to have travelled south over the Forth Road Bridge before abandoning the safe near the former Monktonhall Colliery site in the Millerhill area.

Detective Inspector Paul Dick of Kirkcaldy CID said, “We’re conducting extensive enquiries locally as well as liaising with our colleagues in Edinburgh and, as part of this, we’re asking anyone with information to get in touch.

“I would urge anyone who may have seen suspicious behaviour in the Kinghorn, Dreghorn or Millerhill areas in the early hours of Wednesday morning to come forward.”