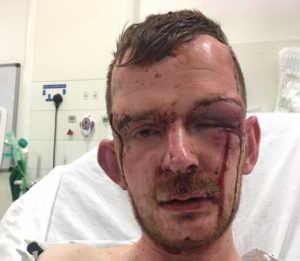 Peter Menellis (25) was admitted to Victoria Hospital after suffering serious injuries to his face and hand last night.

A 34-year-old man has now been charged in connection with the incident and is expected to appear in court on Tuesday.

Officers are urging anyone who witnessed the incident in the Hill Street area at about 11pm to contact them.

Detective Sergeant Samantha Davidson of Kirkcaldy CID said, “The victim sustained serious injuries and our investigation into this incident continues.

“We’re eager to speak to anyone who witnessed the assault, or who was in the Hill Street area around this time, and would ask those with information to contact us as soon as possible.”