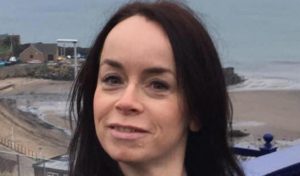 A Fife Tory councillor Kathleen Leslie, struck off as a teacher following foul-mouthed posts about First Minister Nicola Sturgeon, has been put on a council standards watchdog.

She was struck off the teaching register last week but now she has been put in charge of standards at the local authority.

Despite being unfit to work as a teacher her new position will see her “promote and maintain high ­standards of conduct by councillors”.

The 41-year-old was struck off after complaints about tweets including describing Nicola Sturgeon as a “drooling hag”.

She also described Euromillions winners Chris and Colin Weir as “fat” and “uneducated” after they made donations to the SNP.

Leslie, from Dalgety Bay, was elected as a councillor for Burntisland, Kinghorn and Western Kirkcaldy earlier this year.