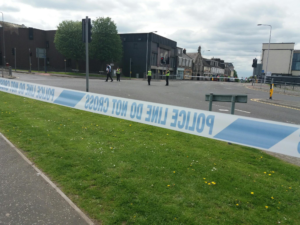 Large parts of Dunfermline town centre were sealed off this afternoon after underground explosions.

The blasts, which were heard throughout the area, took place near the entrance to the bus station in Pilmuir Street. It is believed they were caused by an electrical fault and engineers remain at the scene. 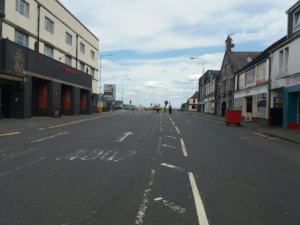 There were no reports of injuries thankfully.

The explosions caused roads in the area, including Carnegie Drive, to be closed to all traffic. The bus station was closed down while investigations continue. 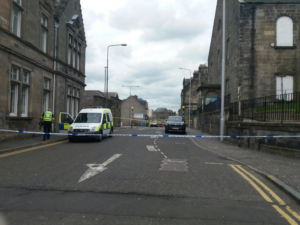 Bus companies were unable to access the bus station and Stagecoach said services would be “severely disrupted”. However by 3.30pm the bus station was back open although the disruption resulted in delays on some routes.

A Police Scotland spokeswoman said, “Police in Fife have been made aware of reports of explosions occurring underground in the Queen Anne Street area of Dunfermline around 12.10pm. 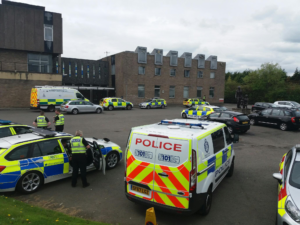 “Officers are currently liaising with the Scottish Fire and Rescue Service and utility companies to establish the full circumstances surrounding this matter.

“Local road closures are currently in place while work is carried out to ascertain the cause of the explosions and ensure the safety of the public.”