Labour refuses to rule out deals with Tories 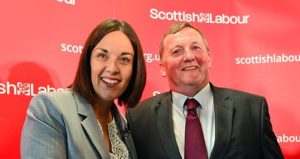 Scottish Labour has refused to rule out backing coalition deals with the Tories in local authorities across the country.

The decision by the party’s executive leaves the door open to Labour joining forces with the Tories on councils, such as Fife, where there is no overall majority.

The local election poll on Thursday in the Kingdom left the SNP as the clear winners on 29 seats. However, Labour, who led the previous administration, now have 24 seats and could run the council in a coalition with the Tories who have 15 seats.

The SNP immediately ruled out any deal with the Tories following the Fife result.

An SNP spokesperson said, “The SNP has been crystal clear. We will not put austerity-obsessed Tories into power in council chambers across Scotland.

“Labour’s astonishing inability to make the same commitment will simply ensure they continue on their current trajectory towards electoral oblivion.”