A music festival in Aberdour this weekend is celebrating the Fife roots of American country music legend Johnny Cash.

‘Cash Back in Fife’ at the Woodside Hotel is paying tribute to his massive legacy of music, inspiration and his family connection to the area.

The line-up is an exciting mix of established musicians and quality up and coming ones (most with a strong Fife connection), plus author Ian Rankin, talking about one of his favourite records by Fife musician Jackie Leven.

The festival is curated by Scottish singer songwriter Dean Owens inspired by his album, ‘Cash Back (Songs I Learned From Johnny’ .

The ‘Man in Black’, famous for hits such as ‘Walk the Line’, ‘A Boy Called Sue’, ‘Folsom Prison Blues’ and ‘Ring of Fire’ became a regular visitor to this area and often entertained locals at small concerts.

Such was Johnny’s fascination with the land of his forefathers he filmed his Christmas Special for American TV in Fife.

He was joined for the show by another U.S. music legend, Andy Williams and the two happily posed for pictures with locals before the performance. 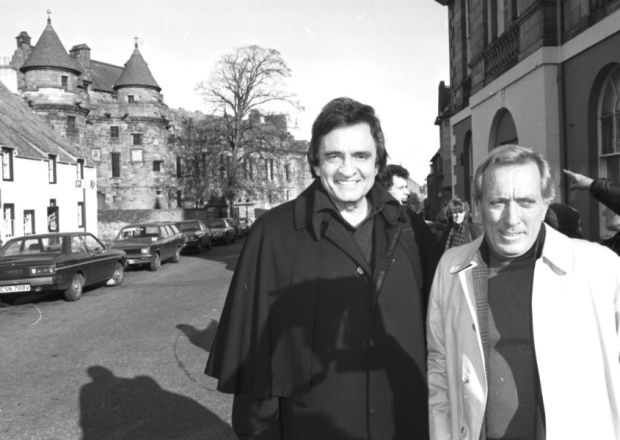 He researched his family tree and found that family members had crossed the Atlantic in the 17th Century.

The all-American outlaw was deeply proud of his Scottish roots and often visited, playing small concerts for local people.

It was a chance meeting on a flight which led to the country legend finding out his ancestors were from Strathmiglo and Falkland area. 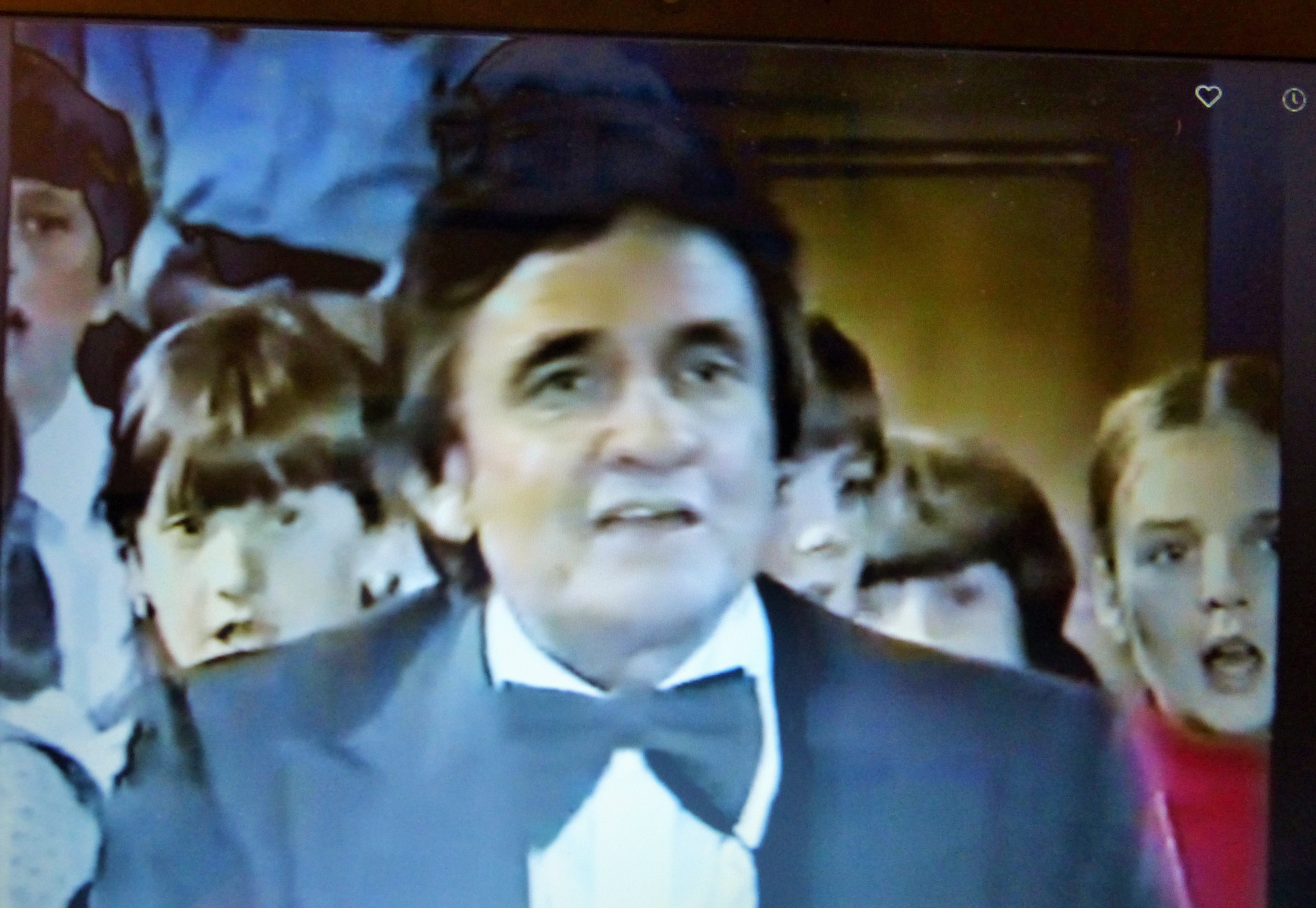 The story began in the late 1970s, Johnny was flying back to the United States and found himself seated next to Major Michael Crichton-Stuart, hereditary keeper of Falkland Palace.

The pair began chatting and Johnny told him that he had heard that his family originated in Scotland.

The major told him that he could confirm this was the case as there were farms and streets in Fife that still carried the Cash name.

The singer later visited a genealogist and discovered that he was indeed of Scottish descent and that his clan had originated around the 12th century in the Strathmiglo area.

The connection was traced back to when the niece of Malcolm IV (1153-1165) – who was named Cash or Cashel – married the Earl of Fife. 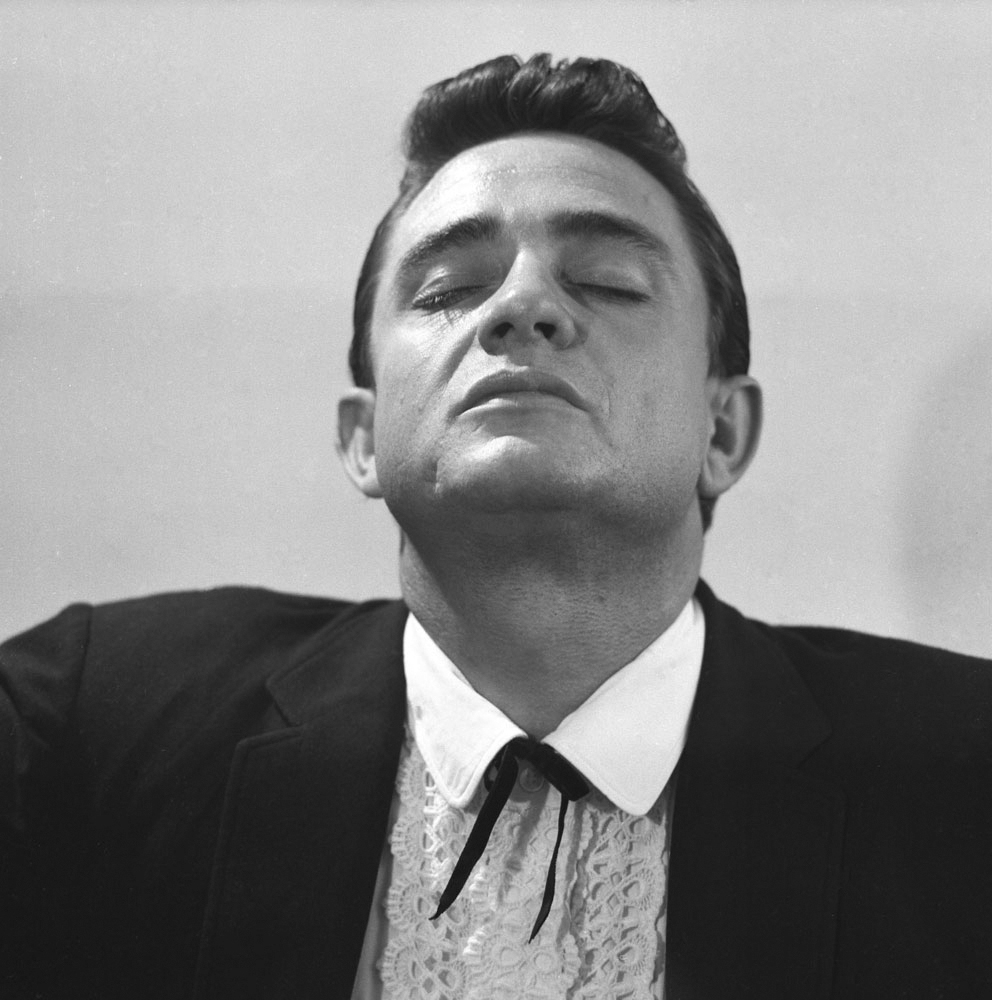 In Falkland Johnny said, “I’m so proud and happy that my family background is associated with such a fine place.” Johnny would spend time walking around Falkland asking local people how they were.

Following his death in 2003 aged 71, the Cash connection with Falkland has been continued by his daughter Rosanne, an award-winning singer in her own right.

Roseanne said, “I went back to Fife three months after my father passed away and I cannot tell you what an emotional experience it was to feel this ripple back in time and to know that these family connections last.

“It was a great comfort for me. I went through a period of great loss and mourning: going to Fife was just a beautiful thing and helped me through a very difficult time.”

Rosanne was in Fife only months after her father’s death. “There was something about going there and feeling so connected and welcomed that satisfied my grief and soothed it,” she said.

“The knowledge that I was returning to the place where our family’s story started and going to somewhere that gave my father so much pleasure and pride.”

The links between Cash and Scotland were also musical. “Going further back into our Celtic past made him realise that this was where he derived his tone of voice, the mournful quality to his music and it was that sense of place and time that was passed on to him and then on to me.”

Rosanne paid tribute to the Cash connection with Fife in a song called ‘Good Intent’, after the ship that carried the first Cash across the Atlantic in the 17th century.

The connection that her father felt with his Scottish heritage endured until his death. “Our family was descended from King Malcolm IV of Scotland and when my dad was very ill and in his last years of life whenever he visited hospital he did not check in as Johnny Cash – he always went under the name of Malcolm.

Starting tonight here is the line-up: