Jail for Fife masked robber after tattoo clue for cops 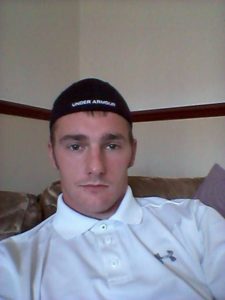 A robber kept his face masked when carrying out a raid on a Kirkcaldy petrol station but showed off his name on a tattoo.

Matthew O’Brien (26) wore gloves to avoid fingerprints but he also rolled up his sleeves, displaying ‘Matty’ on his forearm.

Police saw CCTV images and were quickly on their way to O’Brien’s home to pick him up.

O’Brien has now been jailed for 30 months for the robbery, which left the lone female employee terrified.

She ran into a stock room and hid, after O’Brien smashed his way through a glass door in the early hours of the morning, shouting, “Give me all your money”.

O’Brien, from Kirkcaldy but currently a prisoner at Perth, appeared in the dock at Dunfermline Sheriff Court.

He admitted that on 11th February at the Shell garage, Hendry Road, Kirkcaldy, he assaulted a woman in the course of her employment, and with his face masked, he smashed a glass panel in a door to gain access, demanded that she gave him money and robbed her of a quantity of cigarettes, her purse and a safe containing money.

Depute fiscal Sarah Lumsden told the court the garage opens 24-hours a day but the shop premises are closed between midnight and 5am with customers served via a hatch.

At 12.45am, the female assistant was on duty on her own checking that dates on goods in a fridge when she heard a loud bang.

“She saw a male crouching down at the door. He had his face covered. There was another bang on the door and the glass shattered,” the depute continued.

The robber shouted, “Give me all your money” in a local accent.

The woman was “extremely fearful for her safety and ran and hid in a stock room”, added the depute.

She remained hiding for more than ten minutes, during which time she heard more banging from the shop.

When she went back out, the robber was gone and she phoned the police.

The depute said police identified O’Brien as a suspect from his “height, build, gait and general appearance, along with his unique tattoo”.

He wore a blue scarf over his face, a hat and also had material wrapped around his head to disguise himself.

He wore a long-sleeved shirt but had the sleeves rolled up revealing his ‘Matty’ tattoo.

The clothes worn during the robbery were later discarded by O’Brien and found by police stuffed in his rubbish bin along with his trainers.

However, the CCTV also showed he was wearing red boxer shorts which could be seen over his trousers during the raider. When he was searched by police he was still wearing the distinctive red shorts.

Defence solicitor Christine Hagan said her client had been threatened over a drug debt and “got himself into a panic”.

She added, “He took this desperate measure to clear his debts. He would wish to apologise to the employee for the fear he caused her.”