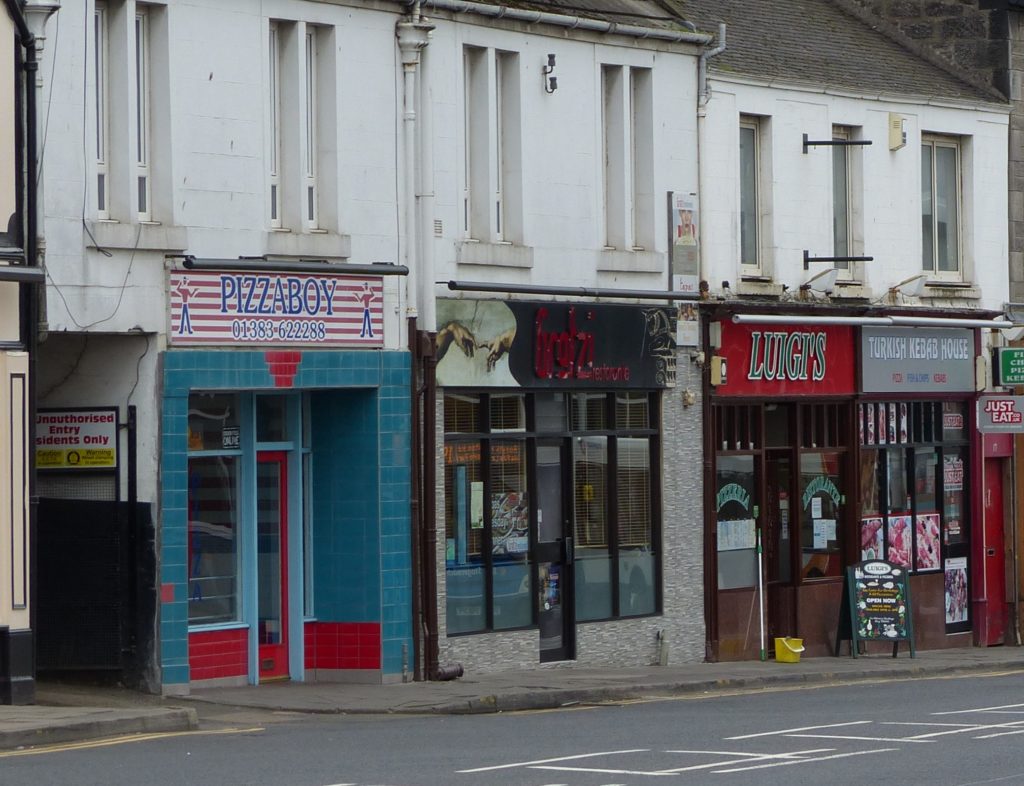 A Dunfermline kebab shop owner, who torched a rival takeaway restaurant, has been jailed for three years.

Yusuf Topal (44) used petrol to start a fire at the Pizza Boy restaurant two doors away from his own business in Carnegie Drive, in May 2014, the High Court at Livingston was told.

Jailing him, judge Lord Mulholland described what the father-of-three had done as “unfathomable” given his age and lack of criminal record.

The Turkish immigrant, who has lived and worked in Scotland and England for 18 years, now faces being deported from the UK after he has served his sentence.

Lord Mulholland told Topal he had pled guilty to “surreptitiously” setting fire to the premises of a commercial rival after they had closed and the staff had gone home.

He said, “The fact that the fire did not spread further and cause more extensive damage and loss of life of the occupants of the neighbouring properties is down to the skill of fire fighters, not you.

“You set the fire whilst heavily intoxicated, which is no excuse. If anything it is an aggravating factor.”

Topal earlier pled guilty to wilful fire raising. Michael Anderson, defending, said his client had left Scotland with his family shortly after the offence to set up a new business in Ipswich.

He was detained there by police earlier this year but was not charged with failing to answer the fire raising allegations.

He said, “For whatever reason his decision to drink the amount he did in the context of what was a difficult and rough day is a decision which he regrets.

“He recognises he’ll be sentenced to a period of imprisonment today and there may be other consequences which follow for him given his nationality.”

The court was told at an earlier hearing that a Pizza Boy worker had visited the accused’s restaurant on the evening of 10 May, 2014 to ask for change.

As an employee tried to hand over the money, he overheard Topal shout: ‘Why are you giving him it?’ And the worker left the shop without the change.

When Pizza Boy closed for the night in the early hours of the morning, the same worker decided to drop into the Turkish Kebab Shop to ask how the evening had gone.

One of the staff told him that it was not a good idea to come in as Topal was drunk and in a very bad mood.

Topal was eventually left alone in his takeaway but around 5am he got in a car, drove to a local garage and bought a can of petrol.

He then headed to an alley next to Pizza Boy from which smoke was seen billowing minutes later.

Two police officers who were walking past spotted an extractor fan at the restaurant was alight and alerted the Scottish Fire and Rescue Service.

Firefighters soon arrived to attend to the blaze which had spread into the takeaway. Nearby residents had to be evacuated.

The court heard the fire was put out fairly quickly but had it not been for the intervention of police and firefighters the incident could have been much worse.