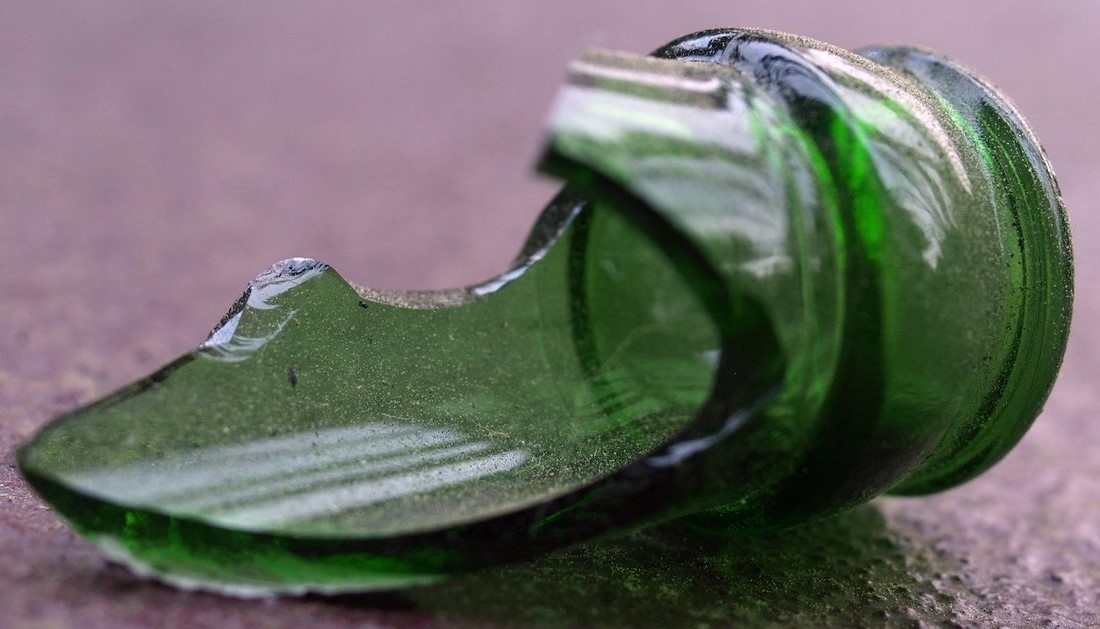 A 16-year-old girl carried out a frenzied bottle attack on another female when violence erupted at a party in Kirkcaldy.

The victim was struck three times with the bottle, which smashed and caused severe wounds.

She required surgery on a serious wrist injury and will be left with permanent damage.

The attacker, who is now aged 17 and cannot be named for legal reasons, appeared for sentencing at Dunfermline Sheriff Court.

The Kirkcaldy teenager previously admitted that on 28th October last year at Links Street, acting under provocation, she assaulted a female by repeatedly striking her on the head and body with a glass bottle causing the bottle to smash to her severe injury, permanent disfigurement and permanent impairment.

The attacker, who believed the other female had bottled her first, was also repeatedly punched during the incident.

Depute fiscal Azrah Yousaf said, “The parties involved were known to each other and it appears they were friends before this.

“There were a number of people at a flat this night and it seems all were consuming alcohol. An argument started and the accused and others went outside to the street.”

The dispute escalated, bottles were smashed and the accused believed she had been hit by the complainer.

The victim was then struck twice on the head with a bottle and then on the hand, when it smashed, causing serious injury.

She lost consciousness on the way to hospital where it was found a tendon had been severed and this required complicated surgery.

The court was told the victim will never regain full use of her hand because of nerve damage. She has also been left with scars on her wrist and eyelid.

After being arrested, the attacker told police, “She bottled me so I bottled her back.”

Defence solicitor Danielle Valera said her client had been punched five times by the other girl during the incident.

She believed she had been struck with a bottle by the other female before the offence.

Ms Yousaf said, “The Crown accept that was her perception but not that it actually happened in that way.”

She added her client was currently a student and hoped to go to university in the future.

Sheriff Charles MacNair told the accused, “This was a bad attack involving a weapon. The level of violence and the impact of the use of a bottle, which caused a significant injury, is a matter of considerable concern.”

He imposed a community payback order with two years of supervision and 225 hours of unpaid work.